Thank You iPhone 7 Plus, Apple Survived 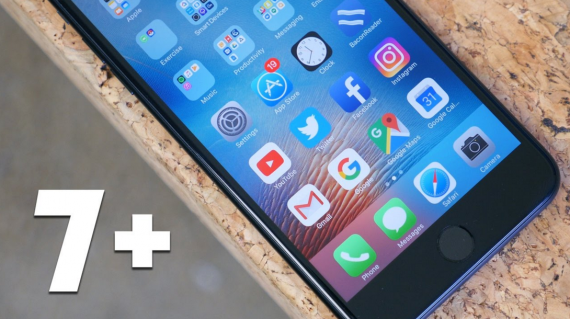 A new report said that Apple’s iPhone 7 Plus has been the absolute star of last quarter. Because of this, it seems that the upcoming iPhone 8 will not be as cheap as you may hope. (Photo : PhoneDog/YouTube Screenshot)

In no time, Apple will announce its estimates for the December quarter, and all critics' attention will be on its new flagship, the Apple iPhone 7. Experts expect Apple to announce the 78 million iPhone sales for the first quarter of the fiscal year 2017, a 4 percent increase from last year. A new report also shows that Apple’s iPhone 7 Plus has been the supreme star of last quarter series, which seems to hint that the most anticipated iPhone 8 will not be as cheap as you expected.

Apple Survived, Thank You iPhone 7 Plus

According to Cowen & Co, the Apple iPhone 7 Plus accounted for 40 percent of the 58.5 million total of the iPhone 7 series sold in the December quarter. That is 17 percent more compared to the iPhone 6s Plus sales last year. The UBS estimates that it’s also enough to help increase the average selling price (ASP) of iPhones sales to $693 for the December quarter, up to $2 from a year ago. That is despite Apple facing with a lowered iPhone 7 demand compared to its predecessors.

The Apple iPhone 7 Plus was a hit in many countries especially in China, even though iPhone sales dropped 10 percent in the December quarter. It was also more popular than the iPhone 7 in the US, which is 47 percent of sales went to the phablet compared to 35 percent last year “The market is saying, 'We still value what Apple is doing and value it enough to even spend more on it',” Creative Strategies analyst Ben Bajarin said, addressing the fact that many $300 phones offer similar features as the Apple iPhone 7 phones.

On Tuesday, Apple will announce its actual results for the recent period. I'm sure all of us will be on Apple’s rumored iPhone 8 this year and the 10th anniversary of iPhone. “The iPhone base wants a new, cooler iPhone,” Cowen’s Tim Arcuri said. “There’s a lot of pent-up demand for a product with newer, cooler features.” Arcuri said that Apple “pulled that [pricing] lever like never before” with the iPhone 7 Plus. He also estimates there’s “even more room” for Apple to increase prices on future devices.

According to 9to5Mac, the upcoming Apple iPhone 8 could introduce facial recognition feature using new laser sensor. Arcuri tells that Apple's rumored smartphone is expected to include a new 5.8-inch model with an OLED wraparound display, wireless charging, “some form of facial/gesture recognition supported by a new laser sensor and an infrared sensor mounted near the front-facing camera”, and Touch ID embedded in the display.

In addition to the display upgrades, the new rumored Apple iPhone 8 is said to feature an all-glass design, which is similar to that of the iPhone 4 and iPhone 4S. It’s also been rumored that the next flagship smartphone of Apple will introduce new color options with the iPhone 8, such as color red or Jet White. Wireless charging, a feature that has been rumored for several years, now looks as if it might finally be coming to the iPhone in 2017.

LG G6 Ditches Removable Battery But Will Have Water-Resistant Body

Unlike the LG G5, the upcoming flagship of LG, which is assumed to be called as G6, is said to be ditching its feature of removable battery but will have a water resistant body.

The Google Pixel and Google Pixel XL successors, presumably called Pixel 2 and Pixel XL 2, may feature new waterproof body designs to compete with the latest smartphones of both Samsung and Apple.

It is still a big question if the upcoming Samsung Galaxy S8 will have a headphone jack or not. After few leaks this week, it appears that Samsung could make headphones' future messier.

UK carrier O2 has allegedly confirmed that iPhone 8 would hit the local stores on September 22.

Apple sends out invites for the highly-anticipated iPhone 8 launch event on September 12.