Huawei P10 vs Xiaomi Mi 6: Which Could Be The Most Popular Flagship In China? 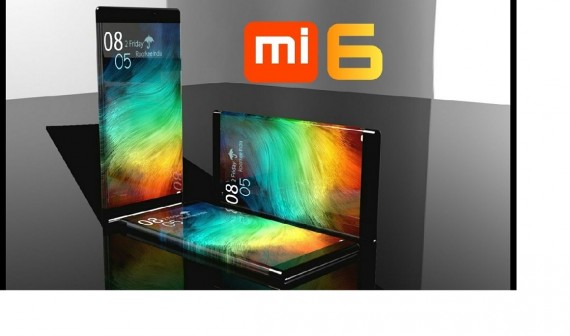 The Xiaomi Mi 6 would sport a ceramic body that would make it one of the best-looking smartphones in the history.<br /> The Huawei P10 would definitely be one of the greatest flagships this year.<br /> (Photo : androidLeo/YouTube)

Although the smartphone business will be framed by a ferocious competition this year, the Chinese market will also be quite exciting, considering that the most important brands Huawei and Xiaomi will clash in a battle that promises to be epic. On one hand, there´s the Huawei P10, while on the other you can find the Xiaomi Mi 6, two flagships that will definitely blow customers´ mind in Asia´s first economy. In order to know which would be the most popular, there are three factors that would play a major role.

Although is believed that Huawei would definitely beat Xiaomi in this particular field, the truth is that the battle is quite more competitive, considering that Xiaomi is a company which popularity is increasing by large in China. Of course, the fact that Huawei also has the government´s bless is a decisive factor, but this year the flagship battle will be rougher than ever.

Believe it or not, even when Huawei definitely has more popularity than Xiaomi in Asia´s largest economy, the Huawei P10 will be more focused on the American market, while the Mi 6 will be on the Chinese, considering that Xiaomi decided not to take the leap to the global market, due to some reasons that were already pointed in a previous article. Of course, it wouldn't be a surprise if the Mi 6 actually end up being more present in China´s ads than the Huawei P10, which might be a quite decisive factor in which the Huawei´s flagship would have to excel expectations so customers end up choosing this mobile device.

Apparently, the Xiaomi Mi 6 will sport a 5.15-inch Quad-HD (2560x1440) display covered by Gorilla Glass 4, which will efficiently protect it from collisions. Also, this mobile device could wear a ceramic body that provides a really aesthetic look, Dual-SIM standby, a 23MP rear camera with a 7MP selfie camera on the front, and an outstanding 4000 mAh battery. However, its most controversial detail is its processor, given the fact that Xiaomi decided to equip its flagship with an underclocked Snapdragon 835 processor so the mobile device could be released earlier.

On its part, the Huawei P10 will use a 5.2-inch Quad HD Display along with the incredible HiSilicon Kirin 960 SoC and 4GB/6GB of RAM, which internal memory can actually be expanded with a microSD. Also, this mobile device will use a 3,100 mAh battery and would sport a fingerprint sensor, and possibly an iris scanner, which would turn this flagship into something out of this world.

The Price Will Be A Decisive Factor

After taking look at the just mentioned specs and features, the more important detail comparing the Huawei P10 and the Mi 6 is its price, considering that both brands are the most relevant in China, a nation where its mobile devices are characterized for having a great quality, with an affordable price that you wouldn't find in any other smartphone as outstanding as these ones.

Given this fact, is expected that the Mi 6 and the Huawei P10 arrives with a price that Chinese customers would love, since otherwise it won't make any sense, and other companies as Apple could actually increase its popularity in this market. On one hand, the Huawei P10 might cost around $850, being practically the most expensive mobile in the history of this brand. On the other hand, is believed that the Mi 6 might actually be priced around $290, being much more affordable than its rival´s cost.

With the release of the Galaxy S8 and the Galaxy Note 8, Samsung will probably maintain its top position this year. However, is quite probable that the Chinese smartphones end up conquering the market in the midterm.

The Xiaomi Mi 5c represents the main reason why the Chinese smartphones are so extremely popular right now since this is a mobile device that offers flagship´s specs and features at an affordable price.

The Xiaomi Mi 6 needs to make a huge hit in the Chinese market in order to maintain its brand´s position, considering that this year most of its competitors are making the global leap.