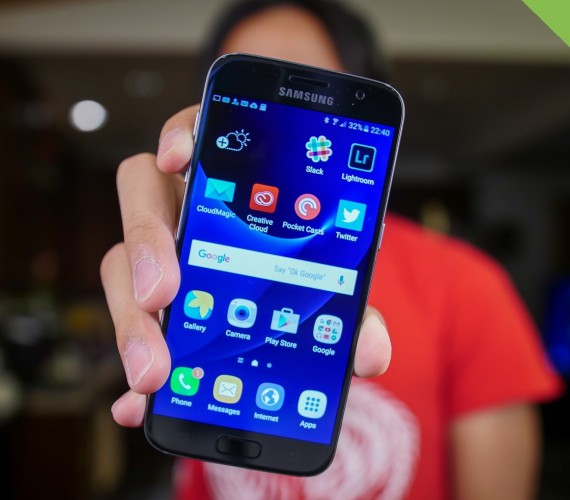 With the release of the Galaxy S8 and the Galaxy Note 8, Samsung will probably maintain its top position this year. However, is quite probable that the Chinese smartphones end up conquering the market in the midterm. (Photo : Android Authority/YouTube)

Although it seems as a perfect moment for South Korean giant Samsung when it beat Apple as the smartphone market leader in the U.S. last year, things went downhill just a few months later, after it was known that the company decided to recall the Galaxy Note 7, because of a series of explosions that put its customers´ lives in danger.

Since that moment, its position has been seriously threatened, and this year is expected to be worse considering that the Chinese smartphones are finally making the leap into the global market. If Samsung wants to keep ahead of these brands in the next years, there are some things that are needed to be done.

Being the biggest smartphone maker in the world is not precisely an easy position, considering that to maintain this power there are a lot of things that needs to be done. Naturally, providing the highest quality in the products are the most important thing, but considering that Samsung´s only real competitor has always been Apple, the South Korean giant always tries to excel in every product that they create.

Of course, this isn´t something easy considering that we´re talking about one of the most important tech companies in the history, but what Samsung is facing right now will be much more difficult, given the fact that several Chinese smartphones like Huawei, OnePlus or Lenovo will represent a huge threat.

Considering that these devices will always be cheaper than the Samsung´s, the South Korean giant needs to keep innovating in its smartphones in order keep customers' interest in the brand, and decide to keep buying these products, even when it will be more expensive. Apparently, the Galaxy S8 will be a great example of this kind of move.

Samsung Must Focus On The Budget Smartphone´s Market

As everyone knows, the most incredible thing about Chinese smartphones is that these products are characterized for offering almost the same specs and features of every other mobile device, but in a much more affordable price. Naturally, this is something that makes it the most ferocious competitor, to the point in which it would be a surprise if these mobile devices don't end up conquering the global market.

Considering that this is precisely its main virtue, one of the most important moves that Samsung could make is to focus more than ever on budget smartphones, since these kinds of mobile devices would represent a huge threat for the Chinese brands, as long as Samsung manage to equip these products with better specs and features. This way, the greater detail about Chinese smartphones won´t be that relevant, and the South Korean company could achieve a major position in this field.

Although this is not exactly something surprising, this is actually one of the main things that Samsung needs o be aware of in order to maintain its reign, considering that in the last months, the South Korean giant has made some incredible mistakes that could have been worse than it actually was.

Of course, we´re talking about what happened with the Galaxy Note 7, a situation in which Samsung was extremely lucky considering how this terrible event didn't harm its reputation as everyone expected, and how its main competitors Apple failed miserably to take advantage of this situation with its iPhone 7.

Naturally, if this happens one more time, the Chinese smartphones will definitely gain more power and customers will have it easier to end up choosing these brands instead of Samsung. Without any kind of doubt, this will be actually the hardest thing for the South Korean giant, considering that in its position it would be difficult to not commit any kind of mistakes, whether in a delayed release date or in a single spec of any of its future mobile devices.

If the details showed in the video are right, the Nokia P1 will definitely become one of the major players in the smartphone business this year, having the possibility of competing against other giants in the tech industry.

WhatsApp Might Finally Let Us Edit And Delete Sent Messages

Although is not known when these features would be available, it is expected that deleting and editing messages in WhatsApp would excel the user's experience, since it would avoid uncomfortable situations.

In a moment when Chinese smartphones will take the big leap to the American market, and Xiaomi won´t, the Redmi Pro 2 will be its most important weapon to maintain its relevance in China.