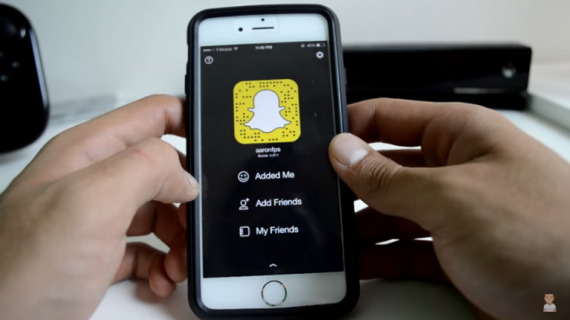 While Snapchat currently has an IPO worth US$3 billion and is one of the brightest gems in the apps market, it was never actually expected to succeed - not by a long shot. (Photo : BreakTheInternet/YouTube)

Snapchat's parent company, Snap, has announced its intentions to go public and the numbers at this point are staggering. And while the attention that the IPO has received is staggering, it makes sense for one of the market's most beloved apps. But while it is a success at this point, it was never actually expected to be more than a novel idea.

Snapchat was officially released five years ago, but as Mashable notes, it was still considered a daring start-up just a year ago. Several prominent figures in the industry brushed it off because if was "too confusing." Others thought it was just a "sexting" application and was just overhyped. Moreover, that the hype would eventually die down.

CEO and Co-founder Evan Spiegel admitted once that everyone thought Snapchat was a "terrible idea." People told him that no one would use the application and those that did would only do so to send indecent images with the security that they would disappear. And no matter who Spiegel approached, the concept just was not getting picked up.

When it was still starting, the company had approached Chris Sacca for an investment. Sacca, who was an early investor in the likes of Twitter and Instagram, did not think it would be a wise financial move. "I was like, ‘Dick pics?'" he recalled saying. "That probably cost me like a billion dollars."

Likewise, actor Ashton Kutcher was also approached and twice rejected the idea. "I looked at Snapchat's product and I hated the product," he was quoted saying. "I just thought it was like, a little crickety and a little rickety. It just wasn't beautiful or elegant."

But Snapchat gets pursuing and kept building. Even with some ground, individuals were not inspired by the app's new products, such as Stories. But again, the concept getting worked on and the public eventually received the same positively. In reality, not every idea turned out to be a good one, as items such as SnapCash were thrown out because it was thought to be "trying hard" and "too much."

It all really began to turn around in 2015, when Snapchat was on the cover of Adweek ahead of Cannes, which was one of the industry's most notable advertising festivals. Then again in 2016, the company, via DJ Khaled, graced the cover of Bloomberg Businessweek. The article was appropriately titled "How Snapchat Built A Business By Confusing The Olds."

With the recent IPO announcement of Snapchat, the world is buzzing with anticipation. There are questions about whether or not it will become the next Facebook or the next Twitter, and the figures are pointing to the latter. According to Business Insider, Snapchat's figures now are closer to Twitter's before it became more public. Facebook, on the other hand, was a more prominent figure before its IPO.

Nevertheless, the success of Snapchat's future might rely solely on Spiegel. The CEO of Capital Market Laboratories, Ophir Gottlieb, claims as much. According to him, Spiegel must become more like Mark Zuckerberg. "Even needs to turn into a public company CEO," he said before saying that Zuckerberg successfully leaped to a leader. "Evan needs the same if the image is to improve."

The Amazon Echo has been a hot item every since it hit shelves over two years ago. And with the holidays coming up, it is getting harder to find - but it is so worth the trouble.

Instagram has made a few updates to the photo-sharing application, which seem to be straight from the security books of Facebook.