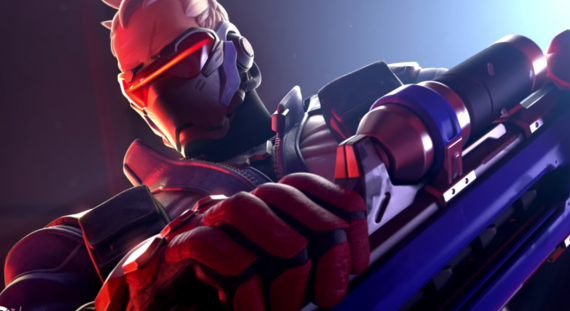 Players pointed out that the system will simply be exploited just like how the "Avoid Featured" was abused back then. (Photo : K Marinette Ladybug/Youtube)

Game Director Jeff Kaplan expressed his concern about players intentionally throwing their games in order to deliberately lower their skill rating. The game director explicitly said that "it is unacceptable" and proceeded on saying that the team is on their way to creating direct punishment for this type of offenders. While the idea sounds staunch, fans pointed out that the punishments will inadvertently lead to more complicated issues.

There's a growing trend nowadays where people deliberately throw their games in order to lower their skill rating. In a thread from the Overwatch community forum, players have expressed their concern regarding the concurrent competitive rank issues about throwing which ended up catching Kaplan's attention. The game director then proceeded on stating his insights regarding the matter.

Kaplan said: "We are strongly opposed to this behavior and working on a policy to make it consistently actionable and detectable." According to him, despite playing in 6 stacks (party of 6 players), intentionally losing to lower your skill rating is unacceptable. He then proceeded on saying that as of the time being, players should use the reporting system and choose Griefing/Inactivity to report the matter. He also stated that this feature will come on console soon.

On the Overwatch subreddit, players also pointed out the negative impact of creating such punishments. According to them, the upcoming "thrower reporting system" will just be flawed in a way that people will find ways to work around the system. Obvious throwers will easily be detected but those same players can simply play so badly that the system wouldn't be able to recognize if they're intentionally throwing or not.

Moreover, the system wouldn't also be able to point out if the person is intentionally throwing or simply has had a bad day. If Blizzard is to punish this type of players, it will simply be abused and cause even more complicated issues.

As you can remember, the "Avoid Player Feature" was extremely abused to the point that players that are playing really well end up in grueling long queues simply because half of the community are avoiding them. The said feature was then scrapped out following a myriad of petitions. Will this planned feature also end up the same?

Lastly, many are thinking that it'd somehow disrupt diversity in the meta simply because it'll discourage players from using least picked heroes for the fear of getting reported for throwing (not picking the meta) heroes. One fan emphasized the major concern of the planned system by stating that if one will be punished for playing the hero of their own choosing, it's probably a lot better to scrapped out the idea as early as today.

At the end of the day, whilst the idea of Blizzard on punishing this type of players is for the welfare of the community, it simply will cause more harm than it can do good. There are a lot of variables that the system must take into consideration before it can actually make "profound and right judgments." Personally, I think it would be best if Blizzard will simply apply the same system that CSGO does when dealing with this type of players.

Eastern Culture: Is it Good or Bad for Esports?

World of Warcraft Is The Highest Grossing Game Of All Time

World of Warcraft almost has triple the total revenue of Riot's League of Legends.

Overwatch: Top 5 Facts You May Have Missed

Ironically, the most buffed hero has a reciprocal pick rate with the most nerfed hero.

Overwatch: Here's What To Expect On The Upcoming Year of the Rooster Event

Overwatch: Year of the Rooster Event may actually just be a content update.