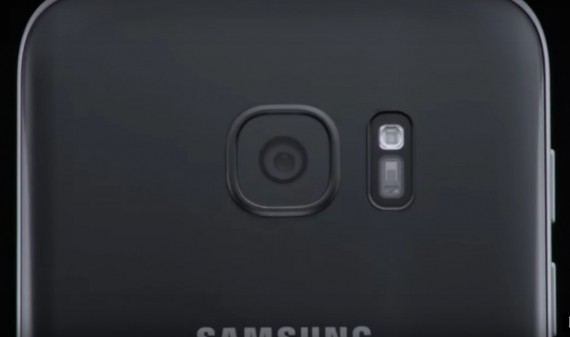 Samsung is asking Murata Manufacturing Company to supply for them batteries for the Galaxy S8, because Samsung was impressed with the reliability and performance of Sony's lithium-ion batteries. (Photo : Explore The Gadgets/YouTube)

After a long investigation as to what caused the Galaxy Note 7's to explode, it was concluded that the battery housed on those devices were solely to blame. Now, Samsung is considering to change its approach regarding batteries and to "diversify" its battery supplies for the Galaxy S8 from other battery-manufacturing companies. One of these companies is the Kyoto-based Murata Manufacturing Company.

Why Is Samsung Hiring Murata? And Is It Explosion-Proof?

Samsung does not want a Galaxy Note 7 repeat, which is why they considered partnering with Murata. This Kyoto-based tech company is the same company that acquired the rights for Sony's battery business last year.

Apparently, Samsung was impressed with the reliability and performance of Sony's lithium-ion batteries. And so far, there haven't been major issues since Sony sold its battery arm to Murata, so it can be possible that the Kyoto-based tech company is capable of delivering explosion-proof batteries.

Murata Could Not Be The Only One

Though Samsung is impressed with Murata's performance, the South Korean tech company is not taking any chances (they even delayed the unveiling event for the Galaxy S8 just to conduct more tests). Samsung could be planning to ask for other companies to supply batteries for the Galaxy S8 as well.

So Who Will Be The 'Other' Companies?

Aside from Murata, Samsung SDI will still be the main supplier, which is said to be making 80 percent of the batteries. Regarding what other companies will be supplying for the Galaxy S8, recent reports suggest that LG Chem would be the second supplier for Samsung's Galaxy S8 batteries, but that did not happen.

So who will be the company to cover that remaining percentage if Murata will only be supplying 2-8 percent? That is something that no one has the answer right now. But perhaps that was a miscalculation among the other sources and it could be just Murata and Samsung SDI alone.

According to Evan Blass, the expected retail price of the Galaxy S8 in the UK could be around €799 ($858) for its 5.7-inch screen and €899 ($966) for its 6.2-inch screen, specifically €100 more compared to the previous flagship phones. As for its release date, the two smartphones will have a quick preview of its key features at the MWC and will be available at March 29.

For the screen specs, the smaller version will have a 5.7-inch screen, while the larger version will have a 6.2-inch screen. Both phones will feature a Quad HD super AMOLED display with a massive screen resolution of 1440 x 2560 pixels. It screen will be a virtually edge-less screen where the physical home button will be non-existent and changed to a software-based button instead.

As for the RAM capacity, it has varying specifications: some say it's 4 GB, 6 GB and 8 GB, but most reports say it could be 6 GB. The Galaxy S8 is expected to feature a 12 MP rear camera and a 5 MP front camera, which I personally doubt it will actually by 5 MP.

Samsung Galaxy S8 vs Vivo V5 Plus: Which Smartphone Offers The Best Deal?

The Samsung Galaxy S8 is a premium flagship smartphone set to be available this March 29, while the Vivo V5 Plus was just released last month. So, which of these two phones offers the best of your money's worth?