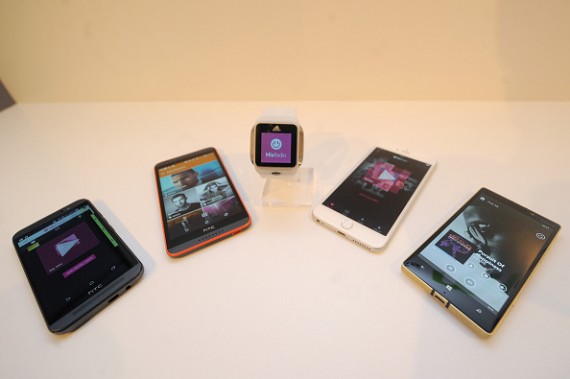 For as long as they have been existing side by side, the public has been having an ongoing debate about what operating system truly rules the market. Android arguably has the numbers, most likely because iOS is exclusive to Apple products, while Google has allowed other tech companies to use its software. But other than the majority, what does it have to offer?

As NDTV Gadget claims, there are some things that a device can do exclusively because of Android that an iPhone or an iPad simply does not offer. Even to the average smartphone user, the differences are notable and they cover a wide range of topics. From calling to backing up photos, recording phone calls to sharing a device, Google knows what it is doing.

According to the publication, Truecaller, which is a popular crowdsourced phone directory service, shows its true colors on Android. While the application is available on iOS devices as well, it does have its limitations that just are not evident on Google's OS. On a non-Apple device, the names of identified unknown callers will show. Meanwhile, an unknown call made to an iPhone will have to be manually searched in the service.

The same thing extends to messaging in third party messaging applications as well. In some services, such as TrueMessener, unknown numbers that send messages are replaced by a name from the Truecaller database. It is even possible to segregate between real messages and spam. These features just aren't available on an iOS unit.

Backing up photos on a cloud is not exactly a unique idea anymore, both Google and Apple offer the service. However, Android allows an unlimited number of backups, as opposed to iOS that has a limit. The publication notes that the quality is lessened sometimes, but the difference is hardly noticeable. Furthermore, backing up photos can be scheduled and can be done while the device is in sleep mode.

Third-party providers can record phone calls on both iOS and Android devices, but it is just easier with the latter OS. As the publication argues, Google makes it possible for users to download applications such as Automatic Call Recorder, which records all calls by default. Furthermore, these items can be shared via an AMR file, which can be sent over cloud or email.

Android devices also have the privacy option of a guest user. This allows owners to hand over their devices with ease, as a guest profile will not have the same private information as the actual owner's profile does. It is basically the same feature found widely in laptops and computers.

BGR adds, however, that there are other features that make Android a smarter OS in certain aspects. It points out that Android actually began by copying the OS of BlackBerry before Google figured out that it would be better to let Apple take the lead. Since those days, however, the search engine giant has vastly improved on these copied features and has surpassed iOS in even these endeavors.

Android always had its standard drop-down menu for its devices, but it was not until iOS started sporting a Control Panel that Google included the quick settings panel. The idea, though interpreted differently by various vendors, is novel and efficient. With it, users are able to easily access more than a dozen settings from any screen.

Furthermore, third-party keyboard applications look far better in Android devices than they do in Apple units. The Cupertino-based company is also more standard despite its mastery of the touch system. Swipe-style messaging, for example, is not supported in iOS but it is on Android.

Ever since it was announced, Google Home has been compared to the Alexa-powered Amazon Echo. With more than two years to make up for, it might need to take some catch up shortcuts.