iPhone 8 To Save Apple, 'Installed Base' Will Push Its Success 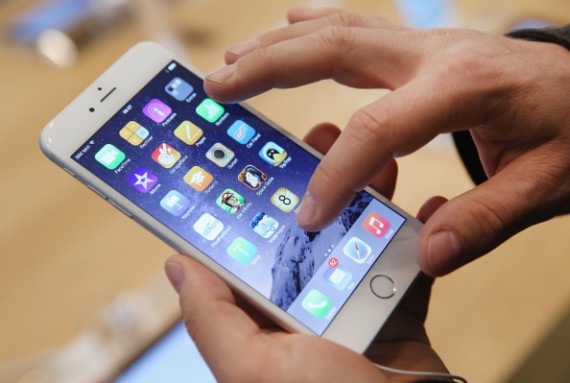 BERLIN, GERMANY - SEPTEMBER 19: A shopper ltries out the new Apple iPhone 6 at the Apple Store on the first day of sales of the new phone in Germany on September 19, 2014 in Berlin, Germany. Hundreds of people had waited in a line that went around the block through the night in order to be among the first people to buy the new smartphone, which comes in two versions: the Apple iPhone 6 and the somewhat larger Apple iPhone 6 Plus. (Photo : Sean Gallup/Getty Images)

Over the past few years, there has been a growing concern for Apple, which once led the tech world with ease. More and more, however, consumers have grown critical of both the company and its products - and it is said that the Cupertino-based company is putting all its eggs on the iPhone 8. Fortunately, recent reports indicate that the risk will eventually be beneficial.

There has always been a high regard for Apple, but the downside of this is that there have always been high expectations. Recently, the company just has not been able to deliver. Granted, the recent releases are not bad devices at all; they just are not at par with the standard that the public has learned to give the brand.

There were complaints that the releases have lacked the same sense of innovation that Apple prided itself in during Steve Jobs' era. There were criticisms that Apple was no longer the same. And in defense of the company, various media outlets have claimed that the tech giant is waiting for the right time to strike - and that time has come as the public waits for the much awaited iPhone 8.

This year marks the 10th anniversary of the iPhone, which is why the expectations are at an all-time high. Rumors suggest that the company will unveil a radical new design that will once again turn the market on its heels. Moreover, the device is estimated to come with necessary updates and new features that will re-cement Apple's foothold within the industry.

According to a study from Bernstein analyst Toni Sacconaghi Jr. and his team, as discussed by Business Insider, the next couple of years for Apple will negate all the negativity of the past. The study claims that the "installed base" of iPhone users has reached a massive scale and that the annual upgrade rate is notably consistent. The result, theoretically, will be a future of iPhone sales that is driven almost solely by a self-generating "super cycle."

The numbers were reached by looking at previous iPhone purchases. Reportedly, over 200 million iPhones will be old enough that users are likely to buy the newest and latest model. From this alone, Apple should be expecting a year's worth of new iPhone sales. Basically, Apple users will purchase the iPhone 8 simply because they need a new one.

It is likely that Apple is expecting the same increase in purchases, whether for the reason discussed above or just because it has faith in its upcoming product. According to The Next Web, the company is ramping up the production line of the iPhone 8, which may begin sometime in June. As this does not necessarily mean that the iPhone 8 will be released earlier, logic points to the possibility that the tech giant is simply ramping up production in order to produce more units.