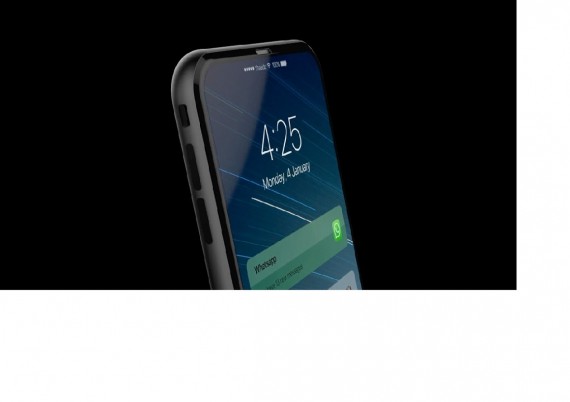 Although Apple used to unveil its flagships in September, it is quite possible that this year, the iPhone 8 would be revealed to the world earlier than expected. (Photo : ConceptsiPhone/YouTube)

The iPhone 8 is definitely the main flagship that is expected to be released this year, given the fact that Apple´s smartphones are probably the most important in the market, even when its main rival Samsung is a bigger smartphone maker. Getting to this point, the most important detail that everyone wanted to know about the upcoming iPhone was the release date, even when it was expected that it would be the same as the previous years. Nevertheless, several rumors suggest that far from being the predictable outcome, the Cupertino company will probably announce it in a quite surprising moment.

The iPhone 8 Release Date Might Be On June 29th

The thing is that Apple will commemorate its tenth anniversary of the first iPhone on June 29th, and many analysts believe that the tech giant might unveil the iPhone 8, which would be one of the most incredible moves in the history of this company, given the fact that its mobile devices are usually showed to the world every September. As you might think, this would be a quite aggressive action that would indirectly show Apple´s main ambitions, but also its main fears this year.

On the other hand, releasing a great product that customers love would be more complicated than ever this year, since the tenth anniversary of the first iPhone is something that would put its fans´ standards really high, given the fact that everyone´s expecting something incredible and revolutionary. Also, Apple´s main goal this year is to recover its position as the biggest smartphone maker in the world, which was conquered by Samsung just a while ago, and the iPhone 8 would be the main weapon to do it.

In both cases, unveiling the flagship earlier than expected would be a great marketing move that in addition to harm its most important competitors, would make that the iPhone 8 achieve a bigger amount of sales, which is really necessary in order to at least maintain its power in the markets that are already conquered. And believe it or not, this thing about taking care of its relevance is the detail that shows Apple´s biggest fear.

Apple Will Have To Fight Against The Chinese Smartphones

This is because the Cupertino company will now have to fight against a competitor that is expected to conquer the global market: the Chinese smartphones. Of course, considering that these mobile devices will finally arrive to the U.S., Apple will have to do whatever it takes to keep its distance from these products as long as they can, and making a huge hit with the iPhone 8 is definitely the key to do it.

Of course, this year would probably be quite easy, but considering that from 2018 this would definitely be a really hard battle, the iPhone 8 will definitely have to excel expectations and get a great acceptance in order to give the company enough advantages to maintain an hegemonic position in the next years.

In any case, the release date remains unknown, but the thing that make many analysts believe that this would be on June 29th , is that it would definitely be quite disappointing if the iPhone 8 is not unveiled in the commemoration of the first iPhone. Of course, this won´t be something easy for the tech giant, considering that this would accelerate every single process related to the flagship, which might have unpleasant consequences. In fact, even if Apple decides to unveil it at this date, but start selling it in September, this could create an Osborne effect that would seriously harm the iPhone 8 and the company. Unfortunately, Apple´s own greatness is its Achilles´ heel.

Xiaomi Mi Mix With Android 7.0 Nougat Was Spotted On Geekbench

Considering that Xiaomi won´t make the major leap to the global market, powering the Mi MIX and its greatest mobile devices with the Android 7.0 Nougat seem as an outstanding move.

Although this situation represented an incredible crisis in the video-streaming website, YouTube has solved the problem and assured that almost every single channel already recovers its original numbers of subscribers.

Even when Huawei could achieve the biggest hit in the American market, it is quite possible that Oppo could end up conquering the Chinese market, which might set a turning point in the smartphone business.