Nintendo Switch Might Be The Most 'Developer-Friendly' Gaming Device Ever Created, Here's Why 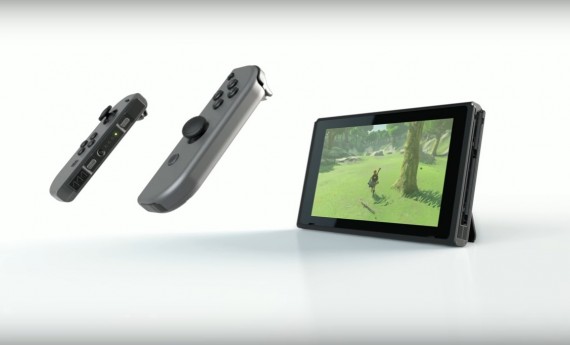 The Nintendo Switch is dubbed as the most developer-friendly gaming device ever created due to its use of middleware, which helps third-party developers to easily create games compatible on the new Nintendo console. (Photo : Nintendo/YouTube)

For Nintendo to focus on middleware, which the Wii U lacked, this has opened up doors to other third party companies to develop and as well as release games on the Nintendo Switch. This is why it is currently labeled as the most "developer-friendly" gaming device that will likely keep this system to survive for a long time.

In a question and answer session with the investors in Kyoto, Nintendo shared why the Nintendo Switch is the best "developer-Friendly" gaming device ever created. The company was confident enough to tell the audience that its use of the Unreal Engine 4 for the Nintendo Switch as a middleware package is something that puts the gaming console at a big advantage compared to the previous Wii U.

It's Not All About The 'Graphical Side,' There's More To It

According to Forbes, people tend to focus more on the graphical side of things when thinking about middleware. In terms of development, the most important and real advantage of middleware is that it offers a mature toolset, thus allowing developers to iterate features faster and generally in a more stable environment.

On the flipside of not using middleware, this often results in clunky user interfaces and unstable applications, which will often crash and results to team members losing work. This is why with the use of middleware, it makes things easier for third-party developers, because the standardized terms of what it offers tend to be more robust in that regard.

How Middleware Benefits The Nintendo Switch

According to Shinya Takahashi, in the previous game platforms, they were solely focus on creating their own development tools. However, they decided to ditch that approach in the start of the Nintendo Switch's development in order to realize an environment in which a variety of third-party developers can easily develop compatible software, such as by making it compatible with Unreal and Unity as well as their own development tools. As a result, third-party companies that has only few developers have already started to make games for the Nintendo Switch gaming console.

The Nintendo Switch is already open for pre-orders, but most of the vendors have already been sold out in day one. However, you can get it on its launch date set on March 3. The retail price of this device is said to be $300, while its game titles cost at around $50 to $75.

It comes with other accessories that can be bought separately. The pro-controller is worth $80, while the extra pair of Joy-con controllers are said to be $93.

It also has a subscription service, similar to the PlayStation Plus and Xbox Live Gold that will be required for online pay. Not only that, it will entitle the member to a free virtual console or two per month, which is said to costs around $17 to $26.

The Pokemon Sun and Pokemon Moon played a major role in generating a big profit for Nintendo's third fiscal quarter results, which Nintendo President, Tatsumi Kimishina, was pleased to announce.

The Nintendo Switch Has Been Officially Unveiled, What Did We Learn?

The Nintendo Switch is a hybrid gaming console device worth $300 that offers two elements: handheld and home mode. It features a 720p 6.2-inch screen with a screen resolution of 1080p in handheld mode.