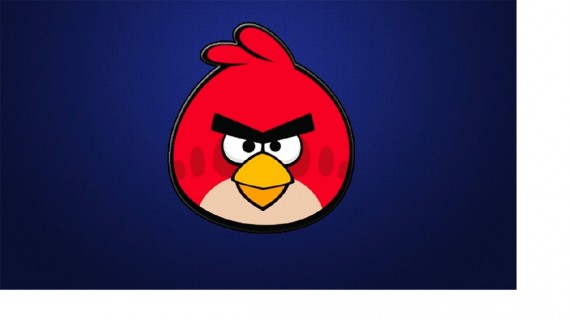 Although the mobile device management firm doesn’t explain the reason why these apps were blacklisted in several companies, many as Angry Birds might positioned because of the way it distract the employees. (Photo : GamelutioN/YouTube)

There´s not a single doubt that apps are one of the greatest things you can have on your mobile device, given the fact that these offers many kinds of services as checking your weather, getting into a social media network through the handset, or the ´possibility of playing a video game. In this particular field, Angry Birds is definitely one of the most famous, but even when you might think that this is just a game that won´t hurt anybody, it has become the most blacklisted app on corporate devices around the world, and there are some reasons that justify this situation.

Angry Birds Has Been Criticized For Leaking Information

This controversial position comes after the mobile device management firm MobileIron came out with a list of the ten most blacklisted apps on company devices, which was based on a survey of almost 8,000 companies worldwide, which covered the use of Windows devices, Android and iOS from Oct. 1, 2016 and Dec. 31, 2016.. Nevertheless, an important detail about this analysis is that the reasons why these apps appear on the list remain unknown, which opens the door to several interpretations about why some of these apps are positioned.

Naturally, getting to this point you may ask yourself what does Angry Birds has to do with a business application, and believe it or not it actually has a lot of sense, given the fact that this game have been criticized for leaking information about its users, which obviously makes it extremely dangerous for a company if one of its employees uses it. This is why there are so many companies that in addition to worry about the security of official phone apps, another thing of concern is what their employees download, considering that leaking data usually has unpredictable consequences.

Of course, another reason might be the way in which this particular app distract the user, which is obviously something quite harming to a company in which the employees need to stay really focus on their jobs. Obviously, a quite interesting detail about Angry Bird´s first position on this list is that it shows the way in which many people keep downloading and playing this game, even when is known that its popularity is not exactly at its peak.

In addition to Angry Birds, the top ten global list is conformed by Dropbox, Facebook, Whatsapp, Twitter, Skype, OneDrive, Outlook, Netflix and Google Drive in the last place. Although it might be quite understandable the reasons why the social media networks appears on this list, what seems quite mysterious is why Dropbox is also blacklisted, but is believed that this might be because some companies pushes for its cloud-based file storage and synchronization service into the corporate accounts.

According to the analysis made by MobileIron, Angry Birds was the most blacklisted app on corporate devices in countries as Spain, Australia, the U.S., and on healthcare and government companies. Also, another interesting detail is that the mobile device management firm found out that a lot of businesses are looking to block WhatsApp, which seems quite logic considering not only the distraction issue, but also the way in which delicate information can be easily compromised.

Can AI Help Huawei To Conquer The Global Smartphone Market?

Of every single feature that a mobile device could wear, artificial intelligence (AI) is probably the most important right now, and Huawei´s smartphones are expected to have the greatest in the market.

Although the iPhone 8 is probably the most expected mobile device in the history, there are some bad news that will definitely disappoint Apple fans, and one of these is related to the wireless charging.

Although it is too soon to make predictions, If Twitter´s financial problems keep getting worse, it is quite possible that the company could be sold.

Robert Petersen: The Man Behind the Trending Police App "Hey Siri, I'm Being Pulled Over"

How to Make Money Ordering Your Own Food from DoorDash: Man Bought $24 Pizza From Itself for $16

A restaurant owner decided to trick the system and was able to find a way to make money off of DoorDash by ordering food from his own restaurant!

Experience The Trilogy of Danganronpa As The Series Makes Its Debut On Mobile This Year!

Can't get over Danganronpa: Trigger Happy Havoc? The Trilogy is set to be given a mobile game adaptation as stated by creators Spike Chunsoft!