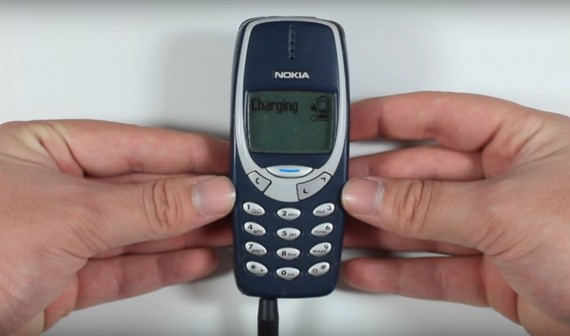 HMD Global is reportedly planning to announce the Nokia 3, Nokia 5, Nokia 6 and a "modern version" of the Nokia 3310 at the upcoming Mobile World Congress trade show. (Photo : Brandon Salt/YouTube)

Great news, Nokia fans! HMD Global Oy, the Finnish manufacturer that markets phones under the Nokia brand is reportedly announcing four handset models at the upcoming Mobile World Congress (MWC) trade show. The firm is said to be explicitly targeting the European marketplace, while distribution to other regions remains unknown - for now.

What Are The Four Devices?

According to Pocket-Lint, two new Android 7.0 Nougat-powered devices, specifically the Nokia 3 and Nokia 5, are set to be announced at the MWC. Not only that, they will also be re-launching the Nokia 6, which was originally China-exclusive when it was launched last month.

And just when you think that is all, HMD also plans to showcase a "feature phone." The feature phone is a modern version of the Nokia 3310, which was primarily known for its plentiful battery life and a nearly indestructible build.

In regards as to what other information there is to know about this device, the Nokia 5 will have a display of 5.2 inches only at 720p and a RAM storage capacity of 2 GB. Also, its rear camera is said to be 12 MP, which is technically 4 MPs down compared to the Nokia 6.

This is perhaps the most interesting among the four smartphones that HMD Global Oy plans to announce at the upcoming MWC. But sadly, there are only two things known about this device.

First, the Nokia 3310 (2017) is expected to cost around €59 or roughly $63, making it less cheap than the Nokia 3. The other info is that it will be a "modern version" of the original model that was released at the turn of the millennium as a replacement to the also-popular Nokia 3210.

To be honest, I'm really curious as to what a "modern version" of the Nokia 3310 will look like or even feel like. I mean, will it still have that massive battery life that could last of up to 3-5 days or will it still have that nearly indestructible build that is much appreciated and known for. But whatever it is, I hope it will retain those two qualities mentioned.

Well, about this device, it was launched and released last month and was also a China-exclusive phone that many tech fans of the Nokia brand were wondering why. But nevertheless, it still had great sales.

It features 64 GB internal memory with a 4 GB of RAM and has an expandable memory option of up to 256 GB. And lastly, it comes with a 16 MP rear camera and a 8 MP front camera.

Nokia P1 vs OnePlus 5: Which Upcoming Flagship Smartphone Has The Best Rumored Specs?

The Nokia P1 and OnePlus 5 are two upcoming smartphones for 2017. The Nokia P1 is said to showcase the tech prowess of Nokia, showing tech fans why Nokia used to be crowned as the king of phones, while the OnePlus 5 is dubbed as the iPhone 7 killer.

Nokia P1 News And Updates: Price Expected To Be Around $800, Tech Experts Say

Tech experts have said that the rumored flagship smartphone, Nokia P1, could possibly cost around $800 based on unofficial preliminary specifications.