Dodge Viper: The Legend Is Finally Bidding Its Farewell 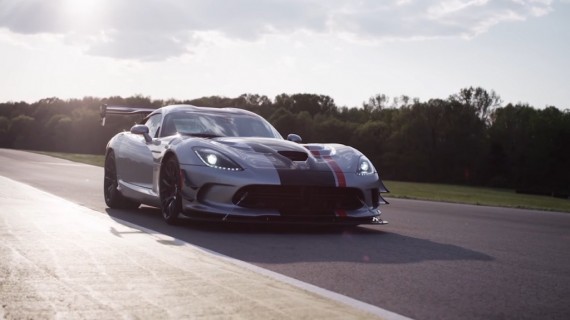 It was a wonderful 25-year long journey but Dodge Viper is finally saying goodbye. (Photo : PowerNationTV/YouTube)

After making a name for itself as one of the coolest and powerful sports car in the auto industry, the Dodge Viper is finally bidding farewell this year. That being said, if you are looking to get yourself a Dodge Viper, you may have to pry it off someone else's hands and you will most likely have to pay a very steep price for it as the Dodge Viper is officially sold out.

The 25-Year Journey Comes To An End

The Dodge Viper was first launched in 1992 as a sports car that was basically based on a popular concept car at that time. After that, the Dodge Viper has developed a notorious reputation of being a car that gives rewarding driving experience after the difficulties you would have to go through while driving it. The Dodge Viper had become one of the greatest threats to European sports cars and Chevrolet's Corvette. The Dodge Viper also went on to win three consecutive runs in Le Mans class from year 1998 to 2000. In addition, Digital Trends reported that the current Dodge Viper ACR has broken 13 lap records from 13 different tracks.

The Dodge Viper has been doing pretty good, why would the automaker phase it out you might ask, and the answer is because it is simply no longer as marketable as it used to be. In addition, the automaker is also worried as to whether or not the Viper's naturally aspirated V10 engine will still be able to keep up with the emissions requirements that are getting stricter each year. That being said, we are left with the Hellcat and the upcoming SRT Demon.

Dodge Viper Is Officially Sold Out

The announcement that the Dodge Viper will bid its farewell this year was made last year. This resulted to many people placing their orders for the last chance to get a Dodge Viper. Given the fact that this year's last Viper will probably become a collector's car in the coming years, the sudden buyers' influx does not come much as a surprise.

A Moment Of Silence For Dodge Viper

It has been 25 glorious years for the legendary Dodge Viper but all good things must come to an end and it is unfortunate that the Viper has reached the end of its journey. The Hellcat and SRT Demon both have very big shoes to fill and it will be interesting to see how things will turn out for the automaker in the coming years. Perhaps the Viper, like the SRT Demon, will someday be revived and considering how many renowned vehicles have made a comeback over the years, the idea is not far-fetched. However, it will probably be a long time before that happens or if that even happens at all.

Spy shots suggest the 2018 Nissan Leaf has borrowed a few elements from the Nissan IDS concept.

2018 Chevrolet Traverse: A New Look And A More Powerful Engine

The 2018 Chevrolet Traverse is coming with not just new looks but powerful engines too to back it up.

The 2018 Ford F-150 is going to be more exciting than the current model. That being said, we earnestly look forward to the arrival of the next Raptor.

Toyota, Nissan, and Dodge. Here are three of the safest used cars that cost just around $9000

A Dodge Challenger driven by a half-naked man looking for beer crashed through a convenience store.