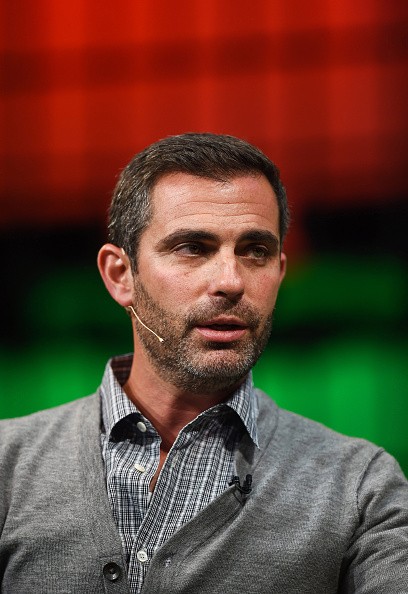 DUBLIN, IRELAND - NOVEMBER 05: In this handout image supplied by Sportsfile, Dan Rose, Vice President of Partnerships at Facebook, speaks on the centre stage during Day 2 of the 2014 Web Summit at the RDS on November 5, 2014 in Dublin, Ireland. (Photo : Stephen McCarthy/Getty Images)

In light of the recent US presidential elections, various websites - Facebook in particular - have been under scrutiny for being platforms that spread fake news. Since the harsh criticism, Mark Zuckerberg has gone on the record to discuss a few things. After weeks of deliberation, the company's VP of partnerships, Dan Rose, has finally announced its plans.

Initially, Zuckerberg defended Facebook, saying that it was not meant to be an avenue to receive news in the first place. In essence, the social network platform was only an area created and used to share whatever its users wanted. However, he also announced that his company would look into ways to curb the spread of fake news.

The solution that was announced some time ago was that Facebook would hire a third-party agency to check and flag these fake news sites. However, it was unclear at that point whether or not the fake news would be put down and removed from newsfeeds. As The Verge has reported, everything was clarified by Rose at CODE Media.

"We are making a very important point of not putting ourselves in a position of deciding what's fake and not fake," Rose reiterated. "I don't think people want us to be the arbiters of truth. There are third parties out there who do this for a living." Meanwhile, Rose went on to say that Facebook is not a media company, instead describing it as a "new type of platform," which simply allows and urges its users to share and discover content.

Facebook's strategy is an intelligent one, though it may be considered a little selfish as well. The company wants to keep its two billion users and sharing as much content as possible with its friends. But the possibility of spreading the fake news is also inevitable. Pew Research Center has reported that majority of US adults get their news from social media sites, with 64 percent of these people getting their news only from Facebook.

For now, users can flag fake stories, which will then be checked by the third-party checkers as mentioned above, with the list including Snopes, Politifact, and FactCheck.Org. When the news article is proven as fake, a prominent label will announce the same to its users and it will not be removed by sharing. However, there is still the issue of the news being shared and spread.

Rose also went on to say that, when it comes right down to it, media literacy is a skill that individuals should learn to have. He argued that users should be able to distinguish between what is truth and fiction. In other words, it is not Facebook's responsibility that fake news is being spread and consumed. The company is virtually wiping its hands clean of this issue while appeasing both sides of the public.

By indicating fake news, the company is appeasing those that claim Facebook is a platform for the spread of false information. At the same time, however, still allowing the spread is providing users with their right to share, as outlined by the company's censorship practices. And in the end, the true responsibility still falls into the hands of its two billion users.

The World Without Net Neutrality: Bigger Players Getting Bigger?

For the past few weeks, net neutrality has been a main discussion point of tech media. The future of its existence is a sensitive topic, especially because of the effects its removal would have on the industry.

While Snapchat currently has an IPO worth US$3 billion and is one of the brightest gems in the apps market, it was never actually expected to succeed - not by a long shot.

With the conclusion of the latest US Presidential Elections, Facebook has been under tense scrutiny regarding its role in the spreading of fake news. Now the social media site has put up security measures to keep these things away.

Microsoft Research Reveals Prototype AR Glasses And It Looks Like This

The HoloLens is able to track the movements of its user’s head and position. It is also completely wireless and runs on battery power while projecting stereoscopic 3D images to each of the user's eyes.

Facebook adds new "Latest Conversations" feature to keep you updated and will show you posts from strangers.