Nokia Plans On Resurrecting 3310 And Launching 3 Smartphones At MWC 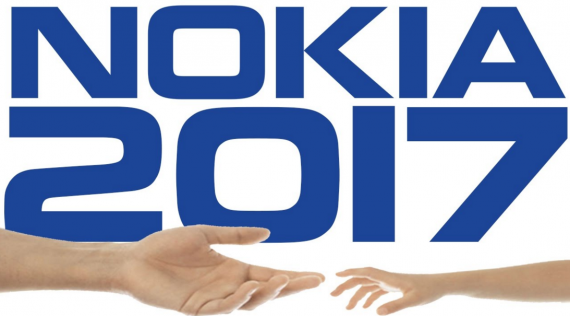 Besides the already revealed Nokia 6, HMD is also planning to bring back the legendary Nokia 3310. Alongside with that, Nokia models such as Nokia 5 and Nokia 3 are also rumored to be released. (Photo : ColdFusion/YouTube)

The legendary Nokia is set to make its comeback at Mobile World Congress 2017 show that will be held in Spain. According to Evan Blass from Twitter, who writes for Venture Beat, a total of four new Nokia phones will be unveiled. These are reportedly the Nokia 6, Nokia 5, Nokia 3, and an additional smartphone that's apparently reminiscent of the Nokia 3310.

The Finnish manufacturer HMD Global Oy with exclusive rights to the entire market of Nokia brand is planning to announce a total of four such handsets at Mobile World Congress. According to a person briefed on the company’s plans, MWC 2017 will be held later this month February 26. And it appears that HMD could follow Microsoft's footsteps by making the smartphones low-end devices that consumers can grab at very low costs.

Besides the already unveiled Nokia 6, which was launched in China but not yet elsewhere, HMD is planning to unveil another pair of Nokia smartphone. Both Nokia 5 and Nokia 3 handsets are said to be downmarket of Android 7.0 Nougat. So whereas the Nokia 6 features a full HD, Snapdragon 430 system-on-chip, 5.5-inch display, 4GB of RAM and 16-megapixel primary camera, the other two Nokia smartphones will catch down the specs to hit lower price range.

The Nokia 6 was initially said to be a China-only handset, but the leaked documents hinted its possibility of launching to other regions. A report claimed that the model number TA-1003 is shown alongside with the original model number TA-1000. It may mean that the two handset models will go on sale in China or it could also suggest that a model could go on sale internationally.

According to CNET, Nokia 5 is rumored to have exciting features compared to other old Android handsets. It is said to have a 5.2-inch display with a 720p display and boasting 12-megapixel camera. Like the Nokia 6, it will also cater Qualcomm Snapdragon 430 processor, 2GB RAM and could sell for more than $200.

Nokia 3 will also be an Android device but with just entry-level specs and features. It could be out of the market with a price of more than $150. But possibly, the most interesting announcement regarding these Nokia devices is at least it is from the perspective of mobile enthusiasts. Nokia considered these new gadgets not a smartphone at all, but a contemporary version of a classic workhorse of a feature phone, which is the Nokia 3310.

Originally known for its abundant battery life and nearly durable buil, Nokia 3310 was released at the turn of the century as a replacement to the also popular Nokia 3210. The comeback of this handset will cost just more than $60 only. And as reported by VentureBeat, the incarnation of the Nokia 3310 seems priced competitively enough to win over all the nostalgic former owners for use as a second phone.

Despite the upgrades on smartphones, the Nokia 3310 could leverage its relatively tiny as well as replaceable 900mAh battery to last 55 hours when not in use. Just like the 3210, the Nokia 3310 also allowed owners to remove the front and back covers for a change of color for its physical design. This legendary handset was also significantly lighter and came with four brand new games pre-installed, including the wildly popular Snake II.

Tim Cook is said to be a huge fan of augmented reality. Also, Goldman Sachs analyst Simona Jankowski said that there’s a strong chance Apple will incorporate augmented reality features into the iPhone 8.

Tesla Taking On Uber And Ford For Its Self-Driving Car