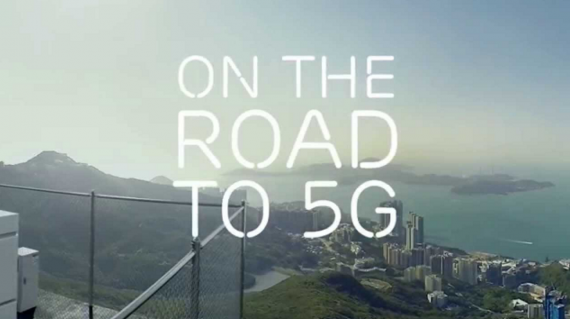 Ericsson, Deutsche Telekom as well as SK Telecom demo mobile 5G roaming. This feature allows the mobile operator to configure an end-to-end network that can offer a range of functions and service parameters. (Photo : Ericsson/YouTube)

After a trial of an intercontinental 5G network, three well-known firms have successfully demonstrated workable roaming services. This encouraging trial involved the network equipment specialist Ericsson, the German telecoms giant Deutsche Telekom and the largest mobile operator in South Korea SK Telecom. The trial showed a 5G mobile roaming network constructed in two countries, Germany and South Korea and what would happen when a user go aboard and connect to another a network.

Get To Know Ericsson, Deutsche Telekom And SK Telecom

Deutsche Telekom (DT) is a telecommunications company with its headquarter in Bonn, Germany. DT was formed in 1996 as the former state-owned copyright of the Deutsche Bundespost company. As of January last year, the German government holds a total of 14.3 percent stakes in company stock directly and more of 17.5 percent through the government bank KfW. DT is considered as a component of the Euro Stoxx 50 stock market index.

SK Telecom Co., Ltd. is the largest South Korean wireless telecommunications carrier. In its country, SK Telecom is known as the Sunkyoung Telecom company. As of 2008, the company leads the local market with 50.5 percent share. And since its creation in 1984, SK Telecom has evolved from a first generation analog cellular system to today's second generation CDMA and finally to the world's first third-generation synchronized IMT-2000 cellular system.

As reported by Silicon, the world’s first intercontinental 5G trial network was built not later today and was a success because of Ericsson, DT and SK Telecom. The successful demo was hosted at the corporate R&D center of DT in Bonn and SK Telecom’s 5G Testbed at Yeoungjong-do in South Korea. A satisfied proof-of-concept allotted for the creation of roaming extension of ‘network slices’ of both DT and SK telecoms in each other footprint.

The provided concept of the ‘network slices’ is similar to the ‘virtual networks on demand’ concept, according to Ulf Ewaldsson, Ericsson's senior VP, chief strategy and technology officer at Ericsson. “With this world’s first intercontinental 5G trial network, we truly demonstrate the provisioning of network slices to global customers when abroad.” The experts also said that 5G is not just a faster network, it can provide an extreme user experience anytime and anywhere, even when the user of the mobile roams across different operators around the world.

According to Global Newswire, Ericsson expects that in the year 2026, there will be a $582 billion market opportunity all over the world as telecom operators leverage the 5G technology for all the industry digitalization. For operators, this successful move represents potential to add around 34 percent growth in revenues. In a future study, Ericsson sees that the manufacturing and energy or utility sectors represent the largest opportunity for revenues created or enhanced by 5G roaming feature.

Google Valentine's Day Doodle: How To Top This Addictive Game?

Google worked with the World Wildlife Fund to raise awareness of the mammal's struggles with Valentine's Day "Pangolin Love" Doodle Game. Players will simply use their keyboard to play the game.

Nokia Plans On Resurrecting 3310 And Launching 3 Smartphones At MWC

Besides the revelation of Nokia 6, HMD is also planning to bring back the legendary Nokia 3310. Alongside with that, Nokia models such as Nokia 5 and Nokia 3 are also rumored to be released.

Intel Is Betting Big On Autonomous Vehicles, Would It Succeed?

Intel said in an event that the firm wants to build the computing platform that analyzes and shares that data, which it hopes to finish in time to license to automakers before its competitors get there first.

A bonafide 5G wireless network that moves massive amounts of car sensor data between cars and the cloud makes a power-efficient deep learning system and maps that change in real time.

SoftBank has indicated its willingness to cede control of Sprint in its effort to merge the carrier with rival T-Mobile.