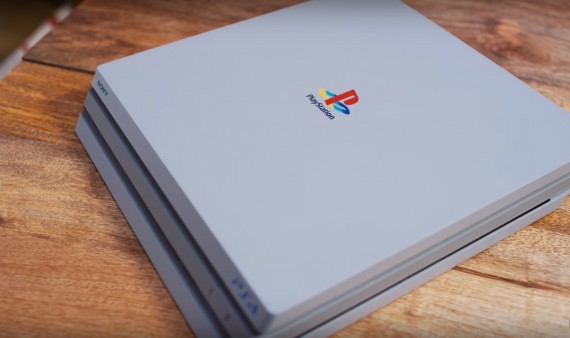 Sony has decided to kill its PlayStation Now support to some of its devices such as the PS Vita, PS3, Blu-ray players and some of its smart TVs. (Photo : Kevin Kenson/YouTube)

Sony has announced its plan of abandoning its PlayStation Now support for a number of devices. These devices include the PS Vita, PlayStation 3, Blu-ray players and smart TVs from Sony and Samsung.

The Reason Behind This Announcement

Apparently, Sony has decided to no longer focus on the mentioned devices for its PlayStation Support in order to pool in its resources to two platforms only, specifically the PlayStation 4 and PC. Also, the 2016 models of Sony's Bravia TVs will be included as well. In addition, according to a post written by Brian Dunn, PlayStation Now's senior marketing manager, this decision will definitely put them in the best position to grow the service even further.

What About The People Who Subscribed?

For the subscribers who own one of the devices mentioned, they have exactly six months left to continue playing until it will be fully implemented; judgment day is on Aug. 15. However, for those who own the 2016 models of Sony's Bravia TVs, they will have it a little bit early than expected, which is on April 1. After both dates, the PlayStation Now will only be available to the PlayStation 4 and PCs only.

Sony's Way To Force People In Buying Its Latest Device?

In a way, this could be Sony's way of forcing people who own a PS Vita or PlayStation 3 to "upgrade". Let's be honest, not all of us have the means or has the intention to buy Sony's latest console.

Some people do not see the need yet to upgrade as they still see their old device work as much as they need to or that the PlayStation 4 is not that much enticing. Some also are just happy with their old PS Vitas and want to go mobile while playing without jumping the Nintendo Switch bandwagon.

With Sony's decision, however, one might not be able to help himself to not be disappointed as this could only be a classic way of forcing people to ditch old (perfectly working) device to a new one by ending support. Like what Apple did with its iPhones.

Other News Regarding Sony

Sadly, the new console version is already out of stock. The console itself retails at a price of $399.99, which is the same price that the original PlayStation 4 had when it was launched back in November.

In regards as to whether there would be any special specs for the retro model, reports confirm that it carries the same upgrades that all PlayStation 4 Pros have, such as 4k resolution, increased frame rate, HDR and many more. However, it is also best to assume that there will be some technical difficulties of the device until it is tested. I mean, you can never know what to expect, just like what happened to the Galaxy Note 7 - nobody expected that severe heating issue.

Nintendo Switch Might Be The Most 'Developer-Friendly' Gaming Device Ever Created, Here's Why

The Nintendo Switch is dubbed as the most developer-friendly gaming device ever created due to its use of middleware, which helps third-party developers to easily create games compatible on the new Nintendo console.