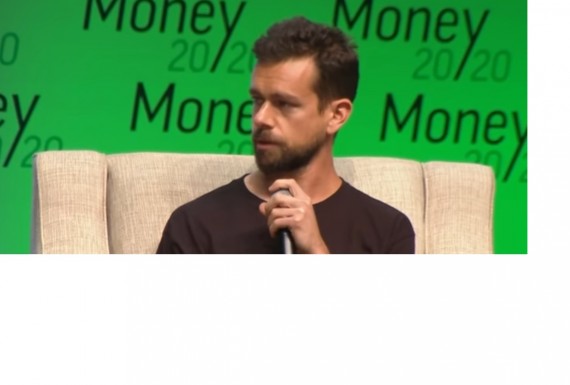 If Jack Dorsey keeps running both companies, it is quite possible that Twitter doesn't get to escape from its downward spiral, and Square won´t grow as stock analysts and investors believe. (Photo : CNBC/YouTube)

Jack Dorsey is definitely facing one of the most delicate situations in his career, despite his company Square's great moment in every sense.  Twitter is suffering the worst period in its history, to the point in which its leak of users hasn't been solved, members of its board wanted to sell the company, and the Wall Street analysts officially lost their faith in the social media site. However, things got to a whole new level, thanks to an information that could set a turning point: Square had a 20.7 percent jump in quarterly revenue.

Jack Dorsey Founded Square To Get Back To Twitter

This way, the company´s shares were up 5 percent in after-trading market yesterday and is living such an incredible moment that Jack Dorsey´s reputation is getting greater despite Twitter's downward spiral. Getting to this point, he could be forced to leave one of the two companies.The fact that running two at the same time will get one of these ruined, Square is growing so much that Dorsey would have to focus more than ever on it.

Of course, the main issue is that Twitter is the most popular among the two.  Jack Dorsey has constantly shown a lot of commitment to this social media, to the point in which he originally founded Square to get hired again after he was fired, just as what Steve Jobs did with Pixar after he was terminated from Apple. Also, Dorsey recently bought $7 million Twitter´s stock in order to send an optimistic message to investors and increase its power on the company, so it won´t be sold that easily.

It Is Not About Choosing Money Or Idealism

Naturally, it seems impossible that Jack Dorsey decides to leave this company after showing in any possible way how this is actually the one in which he´s betting everything. However, the thing is that even when Twitter might represent much more than Square in terms of popularity and social importance, it is definitely the financial issue that makes the situation critical.

Somehow, Jack Dorsey is facing a huge dilemma of whether he keeps betting on Twitter and being able to solve its problems and rise again, or leave it and only run Square, which is having such a great financial moment.   Although you might think it otherwise, this is not a situation in which Dorsey has to choose between idealism or money. If this was the case, he would have agreed to sell Twitter instead and run Square that is guaranteed to be a huge hit.

Jack Dorsey To Choose Between His Two Companies?

Unfortunately, leaving Square or Twitter would be a really a terrible decision, which means that Jack Dorsey might be facing one of those times in which he needs to chose the lesser evil if he doesn't want to keep extending this terrible situation. Because the only thing for sure is that if he keeps running the two companies, it is extremely possible that none of them ends up improving its current performance.

Although it is quite possible that he´s going to choose Twitter, the thing is that at the start of 2017, the investor's verdict is that Square is a much better place to be, to the point in which its growth opportunities seem easier for this company than the blue bird platform. In fact, many believe that investors could actually demand Dorsey to focus on Square, but he has always proved that he´s not that kind of guy that does what others tell him.

Weibo has been called China´s Twitter, but unlike the blue bird platform, its performance has been so great that it would be quite popular in the U.S., thanks to outstanding features that users would love.

3 Important Things You Need To Know About WhatsApp 'Status'

Although this feature has been criticized for cloning others, WhatsApp Status has incredible characteristics that will definitely blow users´ mind, and a particular detail that could be really controversial for many people.