You Can Now Order The Jet Black Apple AirPods, Plus 58 More Colors 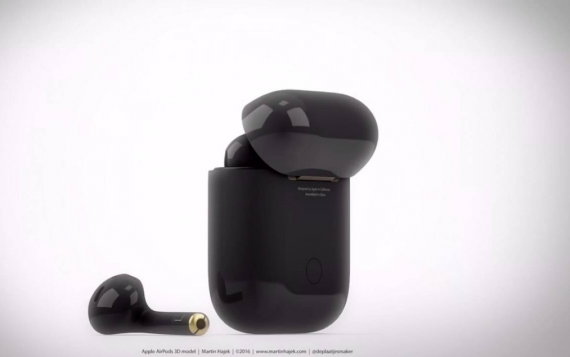 Ever since the AirPods were announced, Apple fans have begged the Cupertino company to release the headphones in various colors. At the very least, in Jet Black which is similar to the company’s flagship device, the iPhone 7 and iPhone 7 Plus. While the company hasn’t announced any intentions on releasing the AirPods in new colors, an aftermarket shop is taking the initiative.

You Can Now Order Various Colors Of Apple AirPods

This week, ColorWare began offering customized AirPods, according to TechnoBuffalo. The colored Apple AirPods can be ordered in 58 different color variants. You can even order a different color of a pair, such as blue on the left AirPod and red on the right AirPod. To help all their customers in picking out the perfect color scheme, ColorWare gives paint samples in swatches of 3 colors for just $15.

Unfortunately, ColorWare's customization service isn’t that cheap. If you want to have the Apple AirPods, you need to pay $159 then ColorWare is taking on additional $130 for you to experience different color. This will bring you the total price to $289. For me, that’s a big cost for a pair of headphone. You can also customize the AirPods’ case, which will add another $30 to your total bill. In addition to that, you can also customize the case of your AirPods, which will add $30 to your total bill.

The total package of the colored Apple AirPods comes in at nearly double the cost of an original pair of white AirPods. ColorWare defends the price cost, telling that the painting process is extremely difficult. Whether the shop fully disassembles each of the AirPod before painting is unclear, but a teardown last year unveiled that the device contains a big amount of adhesive that holds all the internal components of the wearable tech.

If you order now, ColorWave assures that you just have to wait 10 to 12 weeks for its shipping process. Apple is still nowhere close to pushing demand for its new Bluetooth-powered earbuds. You can own them right away if you search then buy them on Amazon instead, though you’ll have to be prepared to pay a premium price.

For those who are searching for a slightly less expensive alternative for the colored Apple AirPods, a small company out of Brooklyn named as BlackPods is marketing an aftermarket painting service, too. However, it is not like ColorWave which offers 58 different colors for the wireless earbuds. BlackPods only offer the new pair of AirPods in jet black which costs $249. Unlike ColorWare, the shop BlackPods lets customers send in their own Apple AirPods for coating, dropping the price down to just $99.

It should be noted that BlackPods shop has yet to unveil a finished product, and the website of the company only shows a computer generated which is just a render pair of painted black AirPods. According to Apple Insider, the shop says they are waiting for their supply of new Apple AirPods to arrive from the tech giant. Now, it is up to you which color of Apple AirPods you want to avail. However, both shops, ColorWave and BlackPods, are assuring all of us that they are making a real legit colored AirPods.

Next month, Apple will unveil its new red iPhone 7 variant and a 10.5-inch iPad. Aside from that, Apple might also announce a small but significant update for a 128GB iPhone SE.