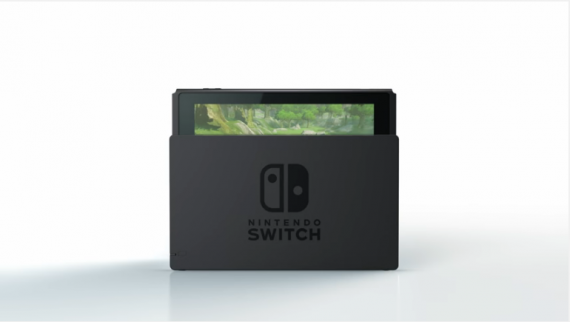 With the Nintendo Switch launch just days away, it is vital for players to start learning everything about the console that is available. And a hands-on review will help determine if its worth the investment. (Photo : Nintendo/YouTube)

Ever since the Nintendo Switch was announced last year, players all over the world have been feasting their eyes on the innovative new console. Its official launch is only now days away and gamers are looking for all the information they can to learn whether or not the device will be a good investment to make. The hands-on review below will help with that.

As noted by Business Insider, setting up the Nintendo Switch is simple and quick and can begin even before you plug it in. By turning on the device in its tablet form, users will first need to answer a few questions such as Wi-Fi information, time zone and details of your Nintendo Account. The set up can be completed when the console is in its home docked mode as well.

If users do prefer the home docked mode, it is almost as equally simple. There is one port for power and another HDMI port for connection to the television set. The publication even lauds how Nintendo designed a plastic panel to hide the wires. The dock has three USB ports in total, one of which can be used to connect to the internet via Ethernet.

The publication went on to note that the Switch is quick and easy to navigate as well. The buttons on the gamepad are satisfying to use and the console as a whole feels sturdy and new. This is an important thing to note because of Nintendo's earlier release, the Wii U, received complaints of being slow and feeling cheap.

One big question about the Nintendo Switch is whether or not it will work as flawlessly as was shown in the reveal trailer. Docking the console to push a game to the TV really does work, and vice versa. Very quickly, a game being played on the portable mode is transferred to the television. It is definitely not an instant switch, but it does work remarkably fast.

Another big one is whether or not the portable mode of the Nintendo Switch would have battery issues. The company itself admitted that, with continuous use, the console will only last a few hours and even this depends on the game that is being played. However, the publication argued that there is ample battery life in the console. It will not last a long road trip, but it is strong enough to last for the commute to and from work. Just remember to keep on sleep mode when it is not being used.

Paste Magazine has also praised the Joy-Con controllers, which the publication claimed are not flimsy. They are undoubtedly smaller than the controllers' gamers are currently used to, but they are effective and have incredible grip. The analog joysticks are responsive, as are the strategically placed buttons. The Joy-Con controllers work well with all the modes of the Nintendo Switch.

The Nintendo Switch will launch on March 3 and is already available for pre-order. The price for it starts at US$299, but different bundles will vary the pricing. It will release alongside the much awaited "Legend Of Zelda: Breath Of The Wild."

AMD’z Ryzen is proving once again that the cheaper option is sometimes still the better one to make. In a recent benchmark, the CPU beat out Intel’s i7-6900K, i7-6800K and i7-7700K.

Nintendo Switch To Connect Via LAN For Multiplayer Use

The Nintendo Switch is a step towards the future of gaming, since it can morph into different playing modes. At the same time, it takes a step back because of how it will connect to other devices.