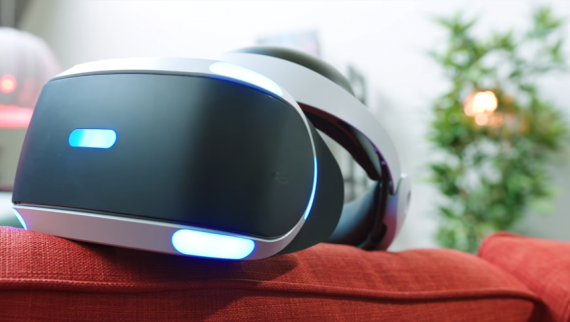 In the world of virtual reality, Sony has made it to the top as the company has just recently confirmed the sale of over 900,000 PlayStation VR Headsets. (Photo : Austin Evans/YouTube)

Last year, we saw the birth of mass-consumed virtual reality. What was once an impossible piece of technology suddenly made available for the consumers to purchase and enjoy. But in the midst of tough competition, Sony's PlayStation VR has won over close to a million users.

Sony's Global Chief Executive, Andrew House, admitted to The New York Times that even he was skeptical about how virtual reality would be picked up by the public. Apparently, House was one of the individuals who suggested to produce just a few units of the PlayStation VR Headset. And yet, the wearable has been sold out in several stores, especially in Japan.

In an interview with the publication, House confirmed that over 900,000 units were sold as of February 19. The numbers are overwhelming, especially since PSVR has only been on the market for roughly four months. Sony had an initial goal of 1 million units for the first six months, which would be in April. With the current numbers, the company is almost guaranteed to surpass that goal.

"You literally have people lining up outside stores when they know the stock is being replenished," House told the publication. He then confirmed that stocks would improve by April. Furthermore, he disclosed that Sony would expand its audience to include Latin America in the fall.

The impressive numbers put forth by Sony indicates that the PlayStation VR Headset is the leader in the premium side of virtual reality. The headsets that connect to computers or gaming consoles, thereby offer a more immersive VR experience. And while no actual figures have been provided by Sony's prominent competition, Oculus, and HTC, SuperData Research has provided its estimates. The publication noted that the third-party speculated around 243,000 Oculus Rift headsets have been sold, while 420,000 HTC Vive headsets have been purchased.

It is likely that Sony has been successful in the VR world because its headset is just an add-on to the PlayStation 4. Instead of having to purchase or build a computer that was powerful enough for the Oculus Rift or HTC Vive, PS4 owners had everything they needed to experience virtual reality. But there is more to the PSVR than just mere convenience.

As noted by Trusted Reviews, there are several benefits to purchasing the PlayStation VR Headset. One of them, which is vital to all gaming platforms, is that there are a number of playable games already available. Sony has a lot of third-party support already in place, so any individual that would buy the VR headset already has a sizeable roster of games to choose from, including "Rex Infinite," "Batman: Arkham VR," "Resident Evil 7: Biohazard" and "Driveclub VR."

Moreover, the setup is simple and the headset itself is comfortable to wear. Even for those that need glasses, the PSVR fits comfortably and is not heavy enough to weigh on the wearer's head. Moreover, the publication noted that the PSVR has better value than the Oculus Rift and the HTC Vive. The setup is available for about US$399, which is relatively cheap. And yet, Sony did not skimp out on performance and quality.

Persona 5 Royal Guide: How To Make All The Money You Need