3 Reasons Why The BlackBerry KeyOne Will Fail 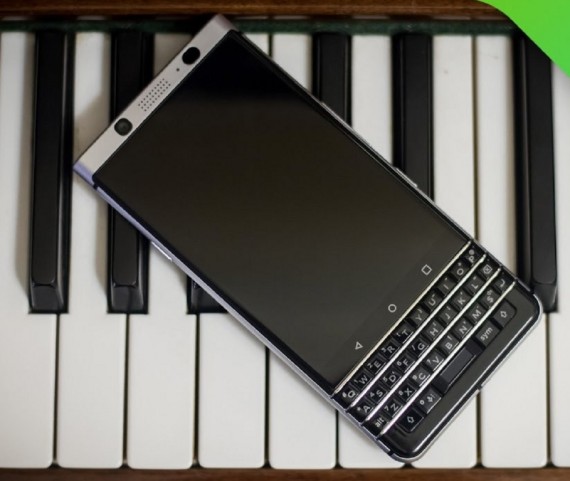 Although the BlackBerry KeyOne has decent specs and features, these won´t be enough to satisfy customers that were waiting a long time for the brand´s big return to the smartphone business. (Photo : Android Authority/YouTube)

After several years waiting for a major comeback, BlackBerry has returned with the KeyOne, a mobile device that is expected to make a great hit in the market and restore the company´s reputation. However, even when many fans are excited, there are many reasons to believe that the BlackBerry KeyOne could actually end up failing. Here are the 3 most important.

The BlackBerry KeyOne Lacks Of Innovation

If there´s a smartphone brand that needs to gain a lot of sales and popularity in the shortest time possible, the first thing that needs to be is offered is an incredible innovation. This way, the most powerful competitors won´t represent any kind of threat since customers will prefer to buy a smartphone with the greatest specs and features. Unfortunately, the BlackBerry KeyOne won´t be this kind of mobile device.

No, the BlackBerry KeyOne won´t be a smartphone that takes incredible photos in low light conditions, or sports a battery that lets you run more than a day without worrying about charging or being able to charge it without a wire. Although this might be quite demanding, the BlackBerry KeyOne needs to have groundbreaking specs and features in order to restore the company´s popularity, and in addition to not having anything quite surprising, its more appealing detail is the extremely old-fashioned QWERTY keyboard.

The BlackBerry KeyOne´s Main Virtue Is Not So Popular

Throughout the history of mobile devices, BlackBerry has always been characterized as a product that provided the highest security, thanks to a software design that makes it quite difficult for hackers and cyber criminals to get access. In fact, the U.S. intelligence agencies provided a BlackBerry to Barack Obama in his first administration for extra security.

Naturally, security has been the major feature that the Canadian company drums about, and the BlackBerry KeyOne is not exactly the exception. However, the big problem is that this is something that doesn't represent a major necessity in mobile devices anymore, given the fact that having a smartphone that provides the highest security usually decrease the quality and performance of certain features.

Although this detail was BlackBerry´s most attractive element before smartphones became like the tiny computers, this new mobile device won´t be able to use its popularity to attract customers, especially when there are many other smartphones that already offer a great security.

The other reason why the BlackBerry KeyOne will fail is because its mission is so impossible that not even an iPhone 8 would have done it. First of all, trying to recover a brand has suffered some inconveniences in the last years is something quite difficult, but if you add to the equation that its market share is 0.0, you´ll probably know that there´s nothing to be done.

Naturally, this is something that has made many BlackBerry lovers lose their faith in the brand and switch to another one, while those that kept their loyalty are expecting something worth the waiting at least. And naturally, offering less than the expectations of tech enthusiasts will definitely hurt the BlackBerry KeyOne, no matter if its QWERTY keyboard maintains its uniqueness.

Although the BlackBerry KeyOne has a decent price and some specs that would definitely be outstanding for a regular brand, these won´t be enough to restore the company´s reputation. In fact, considering the time that people waited for the brand´s big return, it is highly possible that this mobile not only fails on its mission but also represents a big disappointment for the fans.

Although expanding its portfolio is always a great strategy for boosting sales and increasing popularity, the type of models that Xiaomi promises are set for major hits in the international market.

Although Huawei just wrapped off the Honor 8 Lite, the Honor V9 is also expected to represent a major hit in the Chinese market, thanks to incredible specs and features that will excel customers´ expectations.

The Mi Max 2 is said to sport impressive specs and features, competitive enough in the Chinese phone industry.