Here's The Next Overwatch Hero In A Nutshell 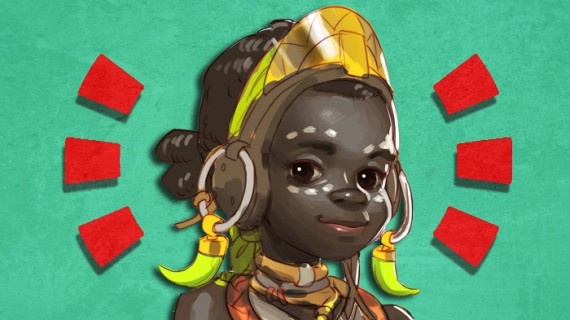 Aside from Doomfist, there are speculations that Efi Oladele (or her robot) will be the next Overwatch hero. (Photo : ohnickel/YouTube)

There's a great excitement happening within the confines of the Overwatch community. This is due to a new hero possibly coming to the game. Apparently, there's no certainty as to who exactly this character will be. At first, many were confident that it's going to be Doomfist and actor Terry Crews will be the voice behind him. Surprisingly, Blizzard joined the hype and release a new bunch of teasers. This time around, though, it focuses on another supposed character named Efi Oladele. As each day passes by, it seems the entire fandom is close to knowing the next hero.

In the Overwatch PTR, an update for the game was released. Most believed that it was meant to tease the community of the next hero. And indeed, clues were acquired. In one of the game's maps named Numbani, Doomfist gauntlet (which was keep in a payload) has been removed. This was evident due to the traces of broken glass, suggesting an exploitation.

Blizzard then brought the drama over the official Twitter account of Overwatch, as reported by Express. It's basically a teaser, detailing an attack on the aforementioned map. It says: "OR15 defense units destroyed in a confrontation with unidentified assailant at Numbani airport. No civilian casualties reported." At first sight, many thought this was really Doomfist and perhaps the studio is starting to go full circle. Well, actually, not really.

It should be noted that OR15 is connected to another possible Overwatch hero -- it's no other than Efi Oladele. This 11-year-old kid is a science wizard, capable of inventing things. She's, in her most organic form, an expert in the field of robotics. In the fictional interview released by the video game company, the said hero revealed her hopes to create stuff that help better the lives of other people. She even dreams of building something like the OR15s to help keep the entire community safe.

There are speculations that Efi Oladele isn't really the upcoming Overwatch hero. Instead, it'll be a robot or something -- one that's created by her. So, in a sense, whatever this thing she's building, this could possibly be the next hero fans have been hoping for.

This has been further proved by another tweet from the Overwatch Twitter page, as reported by GameSpot. This time, it features a shopping list of sort, suggesting that Efi Oladele is into something big. Or, in a sense, she's definitely building something. This teaser her somehow compliments the speculation that the new hero is indeed a product of the kid's genius.

If this is truly the case, then it's very unlikely for Doomfist to arrive at Overwatch. Remember, this has been the talks within the community before the hints of Efi Oladele came. Heck, even actor Terry Crews expressed his interest towards being the voice of the character. Whatever Blizzard is up to, this is likely to be unveiled in the coming weeks or so. Or perhaps, a little more tease here and there. Eventually, the community will know exactly which hero is coming -- be it Doomfist or Efi Oladele. Or maybe, a robot or android.

How Overwatch Rescued Blizzard From The Mess That Is Project Titan

Want to know why Overwatch is so special to Blizzard? Check this out!

Here's Another Interesting Clue For The Next Overwatch Hero

As each day goes by, more and more interesting clues about the next Overwatch hero surface. Check it out!

Here's An Interesting Theory About The Next Overwatch Hero

Want to know who could actually be the next Overwatch hero (not Doomfist, sorry)? Well, check out this theory now!