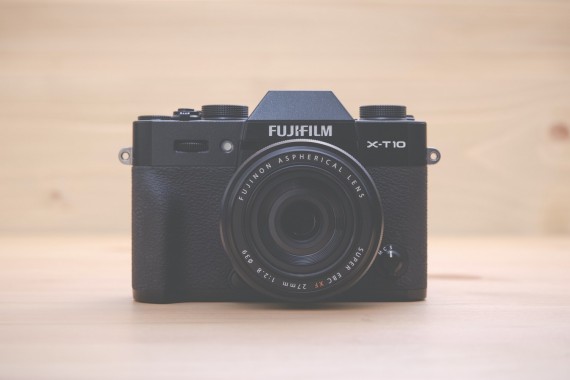 You Want Fast? Fujifilm XF50mm will Surely Give You Fast (Photo : asoggetti)

The Fujifilm XF50mm F1.0 R WR, to be exact, has an f/1.0 aperture. For the uninitiated, aperture refers to the size of hole in your lens. Having a larger hole (low aperture value) allows more light to pass through the lens which then goes to the camera's sensor. This makes a lens fast since you won't need a low shutter speed to capture your shots. Having a fast lens is an advantage when you're into sports photography and low-light photography. It's quite the opposite if the hole becomes smaller. Since less light can go through, you'd need a lower shutter speed. For normal shots, you'd often need a relatively fast shutter speed to compensate for camera shake and to avoid those blurry photos.

There's a Nikon lens currently out in the market that has a faster f/0.95 aperture. However, the Nikon Nikkor Z 58mm f/0.95 Noct is made for full-frame cameras. The Fujifilm XF50mm, on the other hand, is designed for the same company's APS-C cameras. We can't really compare these two lenses since they're made for different platforms. APS-C cameras have cropped sensors that are smaller than their full-frame (35mm equivalent) counterparts. When it comes to pricing then, compared to Nikon's offering, Fujifilm's fastest lens is more affordable--affordable but not definitely cheap.

Other features worth having

The Fujifilm XF50mm F1.0 R WR is also weather-sealed. Another nice feature to have is its size. At just 845 grams with dimensions of 103.5mm x 87mm, it's considerably small. However, it is one of Fujifilm's heaviest prime lenses.

With a focal length of 50mm, it is equivalent to 76mm on a full-frame DSLR. This focal length makes the Fujifilm XF50mm F1.0 R WR ideal for portrait photography. Since having an f/1.0 aperture results to a very shallow depth of field (DoF), this lens is best paired with Fujifilm bodies that have the most up-to-date Face and Eye autofocus. And before we forget, the larger the aperture becomes, the more bokeh your camera can produce. Imagine that sweet creamy bokeh gradually melting until the entire image focuses on your main subject.

Like most lenses, it can be used in either auto- or manual-focus mode. The latter serves video shooters well since they can accurately nail down which part of the frame they'd like to focus on.

Who is it for and can selling a kidney cover its cost?

The Fujifilm XF50mm F1.0 R WR will be available for $1,499 by late September. Yes, it is pricey for the average person but for those who are in the photography field, whether you're a professional or hobbyist, this lens can be a formidable part of your arsenal.

Sennheiser CX 400BT is the company’s latest foray into the entry-level market segment. For just under $200, can these earbuds go toe-to-toe with other brands in the same price category?

Baby Photography: A Mom's Best Friend is Her Camera

If you're wondering how to achieve the best baby photography, here are a few tips that can help along with the right swift equipment.

A Massive Fall: Mirrorless Camera Experience Popularity Crash As Sales Plummet by up to 50% Amid Quarantine