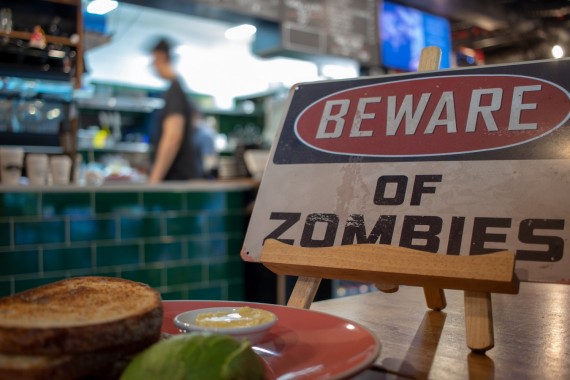 Plants vs Zombies: Battle for Neighborville has been Cancelled (Photo : Chris Hall)

Plants vs Zombies Battle for Neighborville was released on September 4th of last year. It received mixed reviews due to the lack of character choices and customization compared to its predecessor, Garden Warfare 3.

The PVP element of Plants vs Zombies Battle for Neighborville is quite addictive and being able to play as one of the zombies is fun too. However, a year after its launch, the game is about to end — at least not in its entirety.

Before Plants vs Zombies Battle for Neighborville

PVZ, as many call it, had its humble beginnings from a decade and a year ago. It started as a tower defense game for Windows and Apple's OS X.

Tower defense and strategy games were quite common for that era. Command and Conquer: Red Alert, Civilizations, and DotA were just some games of the time that focus on strategy. Plants vs Zombies was a breakthrough game since it featured similar gameplay but introduced a wacky concept and set of characters. Add this to the game requiring only minimum hardware specs to run and you're looking at the next big thing in gaming. Its success led it to be ported to different gaming consoles and mobile devices.

The idea is quite simple at first glance. You, the homeowner, need to protect your house from invading zombies. To do this, you need to place plants on your lawn. Both zombies and plants have different attacks, defenses, and attribute levels. Once a zombie reaches your house, the game ends with hints of zombies eating your "brainz". Though the game is played with a 2D perspective, for the casual gamer, PVZ provided hours of fun.

Fast forward to today, the franchise had numerous sequels of the original game. With the recent popularity of battle-royale-themed games, PopCap made sure it won't miss out on the fun. Fans of the franchise can now play as either a zombie or a plant and duke it out with other players. Think of CoD: Warzone or Doom Eternal but with cutesy graphics and silly gameplay.

Read also: Will You Miss Facebook's Classic Look? We Surely Will

Fall Festival marks the end of not everything

EA Games, in its recent blog, has mentioned that the September Fall Festival will mark the final in-game event for Plants vs Zombies Battle for Neighborville. This will include the final gameplay and content update.

Like what happened to Windows XP and Windows 7, Plants vs Zombies Battle for Neighborvillewill no longer receive patches, new modes, and new maps. Still, all hope is not lost. Official support may end, but EA will still continue to re-release old Festive Prize Maps per month.

EA, at the time of writing, hasn't still officially canceled Battle for Neighborville. However, the blog post clearly states where the game is heading. With this in mind, only time will tell if EA Games and PopCap will eventually reduce the price of the game since development is about to be put to a halt.

Doom Eternal made sure to capitalize on the success of Doom 2016. And just when you thought the battle is already over, the imbalance you caused between Heaven and Hell has awoken a greater evil.

Plants Vs. Zombies Heroes has been released for iOS and Android users who now have the option to play either the plant or a zombie hero. Zombies get to play tricks while plants are not left with out powers to defend themselves.

The Plants vs Zombies franchise continues to expand. Popcap had recently launched a new gaming title that is inspired by the famous collectible card game, Hearthstone.