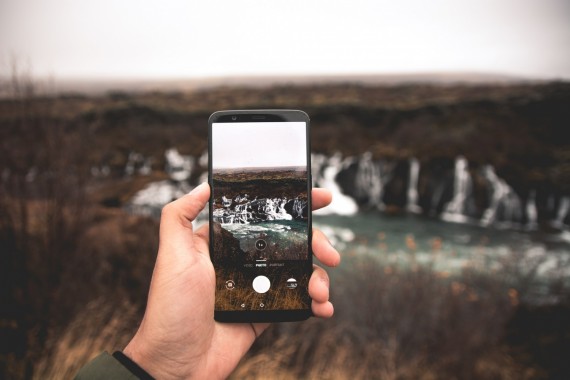 The OnePlus 8T, along with its larger sibling, the 8T Pro, are the successors to OnePlus 8 and 8 Pro that were launched during the first half of this year. The previous versions had starting prices of $699 and $899, respectively. Since the 8T will certainly be a better model than OnePlus 8, we could be looking at a price tag of around $749.

The first render of the phone was shown last September 1. For starters, it didn't deviate from how other OnePlus phones look like. The render only shows the front of the phone. We can see that aside from having slim bezels, the OnePlus 8T has rounded edges and has a camera-hole cutout near the top-left corner. We're not yet sure how the rear of the phone will look like though the front already tells us that the 8T will have a similar touch and feel if you've previously used a OnePlus phone.

The yummy part: The specs

OnePlus phones always come with top-tier specs during the time of their launch. We won't expect any less, therefore, once the 8T becomes available in the market.

It's highly possible that OnePlus' flagship model will sport a Qualcomm Snapdragon 865+ as its processor. There's a high chance too that the 8T will have at least 8GB of RAM and a storage size of 128GB. It's not clear yet if memory will be expandable though. The screen will be a 6.55-inch AMOLED display with a glorious 120Hz refresh rate.

It has also been confirmed that the OnePlus 8T will come with not three, but four rear cameras. This camera array includes 48MP primary, 5MP macro, 2MP portrait, and 16MP ultra-wide cameras. The last-generation OnePlus 8 also has a 48MP camera but the 8T will be using a new sensor to achieve better results.

When it comes to software, OnePlus 8T will arrive with OxygenOS 11. It's the company's custom OS solution that's based on Android 11. Though OxygenOS 11 didn't receive universal acclaim, at least the 8T will come pre-installed with the latest software.

Should I ditch buying the OnePlus 8 now?

Once the 8T becomes available, it won't automatically make the 8 obsolete. Sure, the latest model will likely arrive a couple of months from now. However, it doesn't change the fact that the OnePlus 8 is still a very capable Android phone in 2020. It has a 6.55-inch AMOLED screen (90Hz refresh rate), a Qualcomm Snapdragon 865 processor, three rear cameras, and a respectable 4300mAh battery.

Like any other top-tier phones, support doesn't readily stop once a newer model emerges. If you can't wait for the OnePlus 8T to become available, there's nothing wrong with going for the current version. After all, it can still guarantee years of excellent use even if newer OnePlus models arrive.