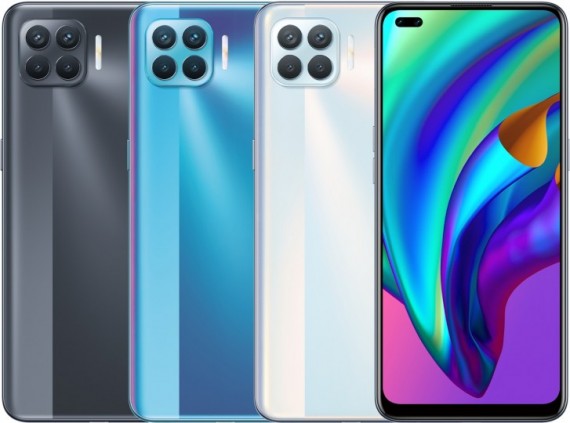 Oppo F17 Pro Ready to Hit Stores: Be Surprised at What It can Amazingly do (Photo : gsmarena.com)

The Oppo F17 Pro, just like its younger sibling and previous F-series models, caters to the younger and mostly fashion-conscious crowds. The F17 Pro and the standard F17 are much faster, thinner, and more feature-packed than their predecessors.

At just under 7.5mm thick and weighing a bit over 160g, both phones are definitely thin. To avoid the problems brought by using thin phones, the Oppo F17 and Oppo F17 Pro were designed with curved sides to make handling them more intuitive and comfortable.

Powering both phones are 4,000mAh batteries that are capable of handling fast charging up to 30W. The batteries are also smart. They feature Oppo's AI Night Charging. This feature doesn't fully charge the phone straight away until it reaches 100%. Instead, 90 minutes before you wake up, it trickle-charges the remaining 80-100% of your battery. This helps lessen the impact of battery degradation.

Most phones today are mostly used as portable gaming devices. When it comes to that, the Oppo F17 Pro comes with a MediaTek Helio P95 chipset. That's paired with 8GB of RAM and 128GB of dedicated storage. The operating system that's running all of these is Color OS 7.2, which is based on Android 10.

The Oppo F17 Pro has a 6.43" Super AMOLED display with 1080p+ resolution at a 20:9 screen ratio. The screen's refresh rate is only 60Hz, but still, the phone is capable of playing HD videos from various streaming sites like Netflix and Amazon Prime Video.

The phone comes equipped with Gorilla Glass3+ that protects the screen, the dual punch hole cameras, and the under-the-display fingerprint reader. Speaking of the fingerprint reader, it can unlock the F17 Pro in just 0.3 seconds.

For the cameras, the front-facing shooter has a 16MP sensor that's assisted by a 2MP depth sensor. At the back, there is a camera array consisting of four lenses. The Oppo F17 Pro's main camera has a 48MP sensor. It also has an 8MP shooter for ultrawide shots and two monochromatic 2MP sensors that help in adding photo accuracy especially when it comes to producing sharp pictures.

Now, for a quick look at its younger brother--the Oppo F17. It has the same thin and light build and the same 4,000mAH battery. Like its older brother, the F17 also supports fast charging at up to 30W.

The major difference of the F17 compared to the F17 Pro is the chipset. The former is powered by a Snapdragon 662 SoC. The base model comes with 4/64GB of RAM and storage but other options go up to 8/128GB.

Android's “Nearby Share”: How to Stop Unnecessary Mobile Data Consumption

Nearby Share is one of Android’s latest features that became available to the general public last August 4, 2020. It offers a convenient way of sharing files among Android users while they are physically close to one another.

A new phone by Oppo called the Oppo Reno Ace 2 has finally achieved the impossible by being able to fully charge in just 30 minutes claiming the title of the world's fastest wireless charging smartphone.