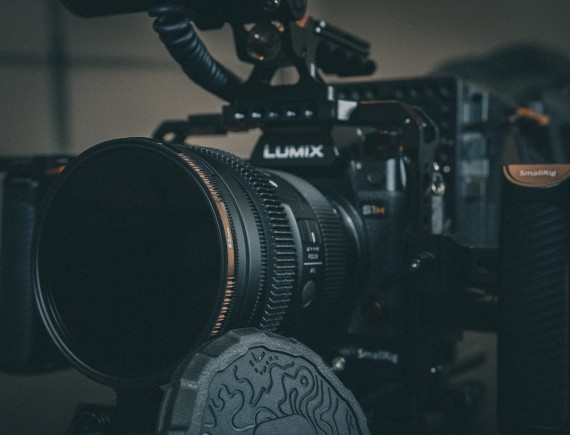 The Panasonic Lumix S5 continues Panasonic's legacy of making full-frame mirrorless cameras. Like its predecessor, the S5 is capable of recording excellent-quality 10-bit videos in glorious 4k. Just how good is the S5? In a nutshell, Panasonic took what's good about the Lumix S1 and crammed those inside the body of the Lumix S5.

Right off the bat, we like that aside from 4K 10-bit video capability (up to 60 fps), the Lumix S5 also has 5-axis stabilization and a faster autofocus than the S1. Other than having a compact size, it too has a flip-out display.

It is indeed smaller than the S1 but here's the catch. The S5 costs less while still managing to have better video features.

But you can never really have everything. The Panasonic Lumix S5 has a poor electronic viewfinder (EVF), slow photo burst speeds, and poor contrast-detect autofocus.

A full-frame sensor inside a (sort of) crop-sensor body

The common issue when it comes to full-frame cameras is their weight. Sure, you can carry and use one whether you're a hobbyist or a professional. However, let's add in a few hours of continuous carry and use. Unless you have strong arms or carry around a monopod, lugging around a heavy camera system can be challenging. Mirrorless systems weigh less than their DSLR brothers but they're still a bit heavy and large, compared to most compact shooters. Yes, a having a full-frame sensor is an advantage over a smaller crop sensor but it's not often the only factor to consider.

The Panasonic Lumix S5 weighs 714 grams with a battery and memory card included. It's still on the "heavy" side but do remember that it's nearly 300 grams lighter than the S1. The S5 also has a magnesium-alloy body that's designed to disperse heat. To a certain extent, it also adds rigidity to the camera's body.

The controls are evenly spaced despite the camera's relatively small body. It has a big grip and plenty of dedicated manual controls to rapidly adjust shutter speed, aperture, ISO, and other frequently used settings without going into the menu.

If you're not that familiar yet with using configurable buttons, the Panasonic Lumix S5's touchscreen display is your friend. Since its screen flips out to the side, the S5 can be used for vlogging and taking selfies.

Unfortunately, the S5 only has a 2.36 million dot OLED electronic viewfinder. Compare this with the S1's 5.76 million dot OLED EVF and you'd be soon asking why. It could be a design and pricing compromise. Maybe Panasonic thought that since the S5 is primarily a camera for video shooters, most of the time, the touch display will be used and not the EVF. Personally, Panasonic could have gone a bit higher like the 3.69 million dot display found on Sony's A7 III.

How does it perform?

First off, it's a camera yes. But it's focus is not on still photography. It can only do 5 FPS bursts with continuous AF. However, it still is a very much capable camera for taking photos. And since it rocks a full-frame sensor, it's great in low-light situations.

Shooting videos is where it definitely shines. The S1 can shoot 4K videos at only 30 fps while the S5 can go up to 60 fps. For 1080p videos, it can crank up the fps to 180 for slo-mo and action scenes. At 40 C, the Panasonic Lumix S5 can continuously record 4K 60p and 4K 10-bit 30p videos for 30 minutes. Panasonic claims that the recording time can run longer if conditions are normal. For lower resolutions and frame rates, the S5 can record videos continuously-until it runs out of storage and battery.

The Fujifilm XF50mm is being touted as the first autofocus lens with an f/1.0 maximum aperture for mirrorless cameras. It is fast but when it comes to specs of this caliber, price becomes a primary consideration—or so we think.

Panasonic leaps towards a new level with the unveiling of their upcoming 6k and 8k resolution cameras. In a huge announcement during Photokina 2016, Panasonic announced that their much-awaited Panasonic Lumix DMC-GH5 is under development and would be released at some point in 2017.