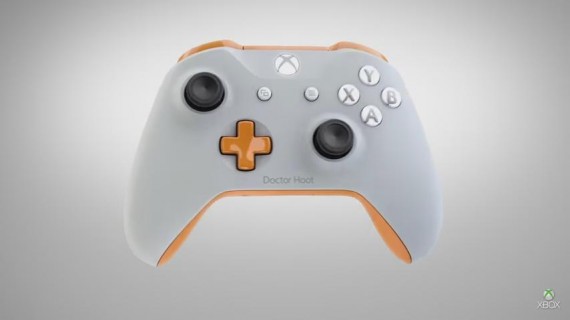 Samsung’s take on the virtual reality industry is getting another partner in the form of Xbox Wireless Controller, as Microsoft has just announced its compatibility with the new platform. (Photo : Xbox/YouTube)

The virtual reality industry really is taking the gaming world by storm. This is made incredibly evident by the number of companies that have jumped at the opportunity to take part in the same. This includes not only VR console manufacturers, but game publishers as well. Despite its relative infancy, there have been so many who have put their faith and money into the new platform - the latest of which, is Microsoft.

As Engadget notes, Microsoft announced its plans to expand the reach of the Xbox Wireless Controller a few weeks ago. Initially, the plan included the PC and other gaming accessories, which began with Lenovo's IdeaCEnter Y710 Cube.

How It Will Work

Setting up the Xbox Controller with the Gear VR is very simple. Players need to only make sure that their controllers are updated. After which, they can control the device to their handhelds.

Where It Will Go

This means that gamers will have the option to play any controller-based with the Xbox Wireless Controller and the Gear VR. Currently, these include "Herobound," "Spirit Champion," "Omega Agent" and "End Space."

Of course, the roster of lists will continue to grow as more game manufacturers become confident in their abilities to maneuver around VR technology.

Where It Can Go

What is arguably the most amazing thing about Samsung's play on VR is that it does not require a powerful PC, or even a connection, in order to be used. The headset itself is compatible with a variety of handhelds, which makes it easier to use. The costs are cut, the process is simplified and actually being in the VR world is wireless. Samsung's partnership with Xbox only enhances all these benefits.

Almost literally, the limits are boundless. Players can take their games anywhere and can even comfortably leave the comfort of their home should they wish it.

Furthermore, this relatively small step into the VR world from Microsoft could only mean larger plans for the platform. It is possible that the company will see how its products work with VR in general, before taking the deep plunge.

As such, it is likely that the gaming world will see other Xbox exclusive titles in the VR roster of games. These include the "Dead Rising," "Forza" and "Halo Wars" franchises. Others possibilities are "Plants vs. Zombies: Garden Warfare," "Titanfall" and "Zoo Tycoon."

The world is starting to embrace virtual reality and just how it can change the face of gaming. But one legendary game creator has just put a stop to any hope that his masterpiece will take the plunge.

Sony To Bundle Demo Discs With Every PlayStation VR purchase

As the virtual reality trend gains momentum, more are getting interested but are still hesitant because of the price. Fortunately, Sony has made a deal that could just push consumers in their direction.

FaceDisplay And Other Absurd VR Projects To Unveil At CHI 2017

Virtual reality headset with FaceDisplay feature adds three external touchscreens to VR device, which allows the user to interact externally with the same virtual environment as the person wearing the headset.