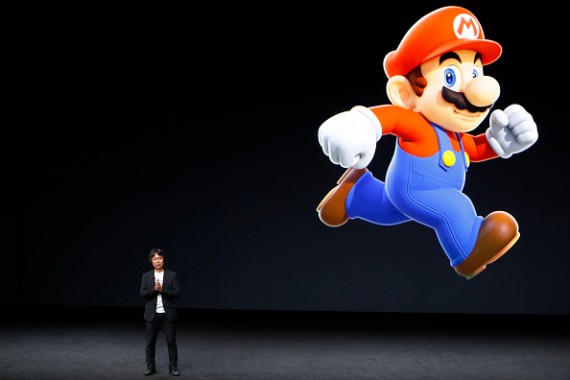 The world is starting to embrace virtual reality and just how it can change the face of gaming. But one legendary game creator has just put a stop to any hope that his masterpiece will take the plunge. (Photo : Stephen Lam/Getty Images)

With the quick raise of games like "Pokemon Go" and others that play around with the ideal of virtual reality, there is the question of whether or not the platform will be adopted by legendary games. And while the platform definitely works with popular first person titles, there are some that refuse to bite onto the trend.

In an interview with USA Today, Shigeru Miyamoto explained exactly why his creation, "Super Mario Bros." will never cross the bridge to the VR platform.

What The Legend Has To Say

Miyamoto spoke with the publication just after Apple's September 7 event, where the company announced that "Mario" would be arriving to the App Store before the end of the year. "I would agree that adapting Mario to new platforms is a key to keeping him relevant," he first said. Indeed, "Mario" is one of the few games that have stayed relevant as newer and newer generations of consoles have arrived to the market. But then Miyamoto broke all hope that the beloved title would one day make it to the VR world.

"But we want families to play together and virtual reality doesn't really fit well there. We also like people playing for a long time, and it's hard to do that in VR."

His explanation does make sense. "Mario" is family-friendly game, with a wholesome story and lovable characters. And playing with a friend or loved one only makes the experience more worthwhile. But putting on a headset, which primarily closes individuals off to the real world in order to enter virtual reality, offers an incentive completely different from the appeal of "Mario."

Why Else It Wouldn't Work

Of course, there are other possible reasons why Nintendo will never adapt the game to VR. For example, the game is not told or played in a first person perspective. As experience has provided, the most successful games in VR are those that place the players in the character's position.

Another is the long-term appeal. While the initial reaction to "Mario" in VR could be great, the hype is likely to die down after some minutes or hours jumping up and down and running. There is only so much that the average individual can take while in virtual reality and playing "Mario" may not be part of it.

Sony To Bundle Demo Discs With Every PlayStation VR purchase

As the virtual reality trend gains momentum, more are getting interested but are still hesitant because of the price. Fortunately, Sony has made a deal that could just push consumers in their direction.

Xbox One, Scropio News: Microsoft To Focus On Hardware Upgrades In The Future

The Xbox Scorpio’s arrival does not just mean a new console - it will lay out the plans for all future Microsoft gaming units, games and accessories.

While the rest of the tech and motor world is excitedly moving forward with developments in autonomous driving, Apple has opted to take a few steps back.

The LG V10 has been a worthy flagship and notable player in the smartphone industry, which is exactly why the recent LG V20 is getting so much attention and speculation.

How To Pay Off Your Car Loan With A Credit Card

Do you have a car loan outstanding? According to leading UK Lender Now-Loan, paying off a small car loan with a credit card is now increasingly popular.