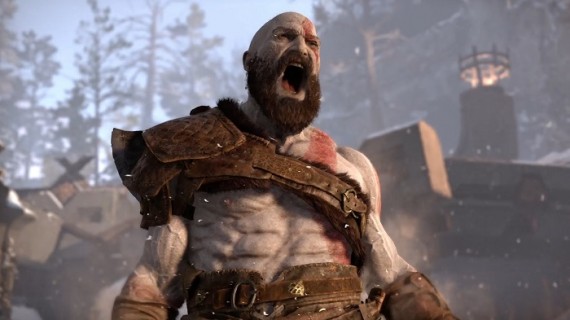 God of War 4 was first revealed back in June at the Electronic Entertainment Expo, also known as E3. (Photo : TheGamingBritShow/YouTube)

God of War 4 is among the titles from Sony that fans (including me!) have been anticipating for. They simply can't get enough of the greatness that is Kratos - you know, the titular blade-wielder (not in the new installment though) dude in the franchise. And with the new title's impending release, I must say that the hype just snowballs into a bigger one. But hey, I personally think that the upcoming title is already a hit - the best in the franchise in particular. Want to know why? Read on!

The Dream Team Is Back In God Of War 4

In the past, many thought that God of War 4 will involve different people. The speculation rooted from the fact that the game is leaning towards a new direction. While the latter is true, the guys involved in developing the game are pretty much the same with the ones who created the original title. And when I say the Dream Team, I meant to include the great Cory Barlog. Yes, the visionary designer who helped put God of War 2 into reality. Heck, he even played a dominant role in the other three titles in the series. I really think Kratos is Barlog's alter ego. Whatcha think?

Removal Of Bladed Chains In God Of War 4

At first, I had second thoughts with God of War 4 seeing Kratos without his infamous Bladed Chains. I mean, that weapon is like a part of him already. So taking it seems an unusual sight to see, in one way or another. But hey, it's actually a pretty good idea. First off, it gives Kratos a new way to fight monsters. And second, now that he's wielding an axe, it would allow us to play him like for the first time, as we veer away from the typical Kratos that we've known him for. Simply put, this only revolutionizes the in-game action. I can't really wait to axe the life out of those ugly monsters.

Kratos Now Has A Son In God Of War 4

Two things about God Of War 4 here: First, I really love the idea of introducing a more mature Kratos. That after he's been through, it's only right for the developers to give him something to really fight for -- a family perhaps. Second, only then can we really stir our emotions in playing the game if we experience it for real -- and yes, Charlie (Kratos' son) best delivers it. I'm excited to see as to what this kid is really capable of. I know the previous trailer has given as a look-see, but I believe there's more to him than that. Most importantly, I want to see how the father-and-son relationship goes -- something is really unique to the franchise as a whole.

If I have to compile a list of man crush, I would definitely put the Kratos of God of War 4 on top. Like seriously, doesn't he look more masculine and mature (thank his fatherhood to that)? To me he looks tougher than before, a proof that he's been through a lot of things. Along with his new physique, I'm interested to see what he's capable of in terms of combat. Personally, I'd love to see him do some wrestling or grappling shenanigans. You know, a way to magnify his new beefed-up body.

New Mythology In God Of War 4

Since day one, I already speculated that God of War 4 will introduce a brand new setting. That somehow, in the corner of Barlog's mind, a new location will be brought. And viola, it seems my dear god Cory listened to my prayers! A new mythology in the form of Norwegian gods are coming. Honestly, I've grown tired of experiencing the Greek mythos (been hearing stories about it since I was kid), a permanent stay in the last three titles. With the fourth installment, there's this excitement to discover what's there to discover. After all, I'm a big fan of venturing places where I'm a complete stranger. Thanks Sony for considering such!

What are your thoughts on God of War 4? Do you share the same excitement as mine? What are your expectations? For violent reactions or whatnot, go ahead and use the comment section below!

God Of War 4 Update: 4 Things We Know So Far

God of War 4 is definitely arriving. For now, here are 4 things we know about it.

Are you excited as well for Skyrim Remastered? Well, here 4 things that we know so far about it!

Why This God Of War 4 Feature Should Excite You

Stoked for the arrival of God of War 4? For now, here's a feature that should excite you while waiting.

Would you buy the new Sony Xperia 1 II for $1199? Here's a review to help you make that decision.