Google Assistant vs Alexa: The Battle Between Two Powerful AIs 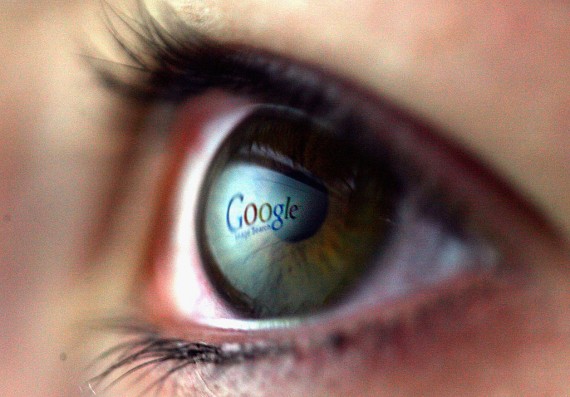 Google makes sure that its Pixel Phones gets all the attention, which is why it makes the new Super A.I., dubbed Google Assistant, strictly exclusive to its new Pixel phones. (Photo : Chris Jackson/Getty Images)

With the success of the Amazon Echo and later on its Echo Dot, it was only a matter of time before it has its own competition. Google rose up to the challenge and introduced Home. Side by side, both products are worthy of consideration as hands-free home assistants. But what makes both Echo and Home really powerful are the artificial assistants that are behind them: namely Alexa and Google Assistant.

The Power Of AIs

Basically, AIs are what makes the Home and Echo Dot intelligent. For the Echo Dot, it's Alexa. For Google Home, it's Google Assistant. Both AIs make these speakers not just able to stream sound but also "talk" to their owners and provide whatever they want. But which of these two should grace your home? We will try to decide whether Alexa or Google Assistant is the better one by putting them side by side and pitting their capabilities against the other.

Alexa Can Shop And Track Packages

When Amazon creates something, their main goal is to sell more. Alexa is no exception. Amazon's AI allows consumers to shop without even browsing the web. All it takes is one command and Alexa will do it. Just say, "Alexa, order an Amazon Tap." Once the order is made, Alexa will also track the package and tell its estimated arrival.

Is it safe? Definitely. Alexa already has a user's billing information stored in her memory and there's a four-digit passcode that consumers have to input for added protection.

Google Assistant Can Play Music Even From Context

As a Google product, Home has plenty of streaming services from third parties like TuneIn, Pandora and Spotify. Of course, users can stream music straight from YouTube Music given that they are a Red subscriber. If not, a free trial use of YouTube Red is available for six months.

Aside from that, Google Assistant can play songs that users do not remember at all. This is because Google's AI comes with contextual awareness. So once it understands a user's request in context, it does not matter if some information are missing, Google Assistant will fill in the blanks and do as it is told.

Alexa Is Available On The Go

With a hotspot or an open Wi-Fi connection, users can connect to Alexa with the use of the Amazon Tap, the online commerce giant's Bluetooth speaker. Tap and Echo Dot is virtually identical, making it easy to bring Alexa anywhere on the go.

Google Assistant Can Provide Users With Information Through Their Phone

Google Assistant allows sharing of information from consumer's phone to Google Home and back. Sadly, this feature is only available to Google's latest flagships, the Pixel and Pixel XL. With this ability, Google Assistant can send important information, like today's reminders or map directions, straight to a user's phone.

Alexa Has Plenty Of 'Skills'

"Skills" are Alexa's equivalent of apps just like with Android and iOS devices. Skills allow Alexa to be smart enough to do plenty of things like make credit card payments, check car fuel, order pizza, get Uber, choose what meal is best to pair with wines or beers and many more. As of now, Alexa is equipped with 1,000 skills and counting. All consumers have to do is pick which one they need and command Alexa to do it.

Unlike Alexa, Google Assistant does not need too many questions to understand what a user wants to do. This is because Google made their assistant more natural at conversations and asks contextual questions instead of the same thing again and again. Google Assistant may not know if a user asks about "Adele" but Google's AI can put the pieces easily if it follows the description or question about how many Grammy Award she has won.

Alexa Has A Dedicated Voice Remote

Alexa has a dedicated voice remote that lets users control their TV by just using their voices. The remote sells for $29.99 in Amazon. Google Home has almost the same feature but it does not use any remote. Instead, it uses the Home itself as the controller of Chromecast-synced devices.

Google Assistant is intelligent enough to help devices communicate with one another. Got more than just one speaker? Not a problem. One Google Home is enough to sync multiple speakers as long as all of them are Chromecast devices. Aside from that, Google Assistant can also be used as a controller for different Chromcast devices. With this feature, users will not just enjoy hearing audio from their speakers but also throw images or watch videos where they are casted right on their television.

Compared to Alexa's buttons, Home's spin ring looks very modern and fitting for today's age and technology. What's more, Home has a touchpad that lets users control Google Assistant and works as volume control, too. To say which of these two AIs is the winner would depend on a user's preference. For a better shopping experience, Amazon's Alexa wins - hands down. But if it is a matter of using a lot of services offered by Google, then choosing the tech giant's hardware with its dedicated Assistant would be practical.

Samsung Gets Viv, A Next Generation AI Assistant Built By The Same Makers Of Siri

Samsung will now join the market with its newly acquired AI assistant, VIv, which happens to be another genius of Siri's original makers.

Home Is Google’s Best Product Yet, Find Out Why

Google released a slew of new products this 2016. But among these, the Home stands to be their best product yet with its affordable price and new technologies.

Google Home vs Amazon Echo Dot: Which Do You Want in Your Home?

This Nov. 4, Google will start invading homes with the Google Home, the speaker to rival Amazon’s Echo Dot.