Here Are 3 Reasons Why The Pokemon GO Hype Is Over 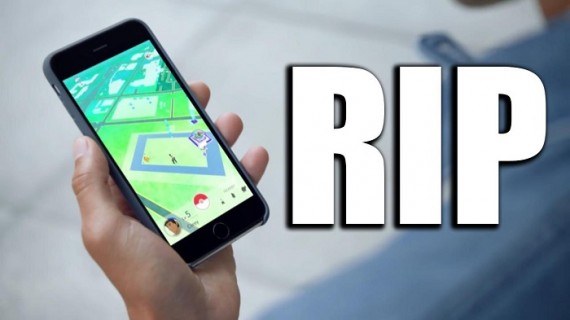 Needless to say, Pokemon GO is among the hit mobile games of today. Well, some might even say it's the best of all. Either way, one can't deny the fact that its popularity is starting to fade. Think about those RIP memes, showing the death of the title in just a short period of time. Simply put, the hype is over. Or perhaps, it's still there, but it's not as big as it was back in the day. Obviously, there are reasons for this, and here are 3 of them.

First off, Niantic fails to introduce new features to Pokemon GO -- something that the community has been clamoring since day one. But instead of fulfilling the wishes of the fans, the studio seems to wreck it even further. Some, if not all, of the popular features in the game have been removed. This definitely didn't do them any favor so to speak.

One of the missing link to Pokemon GO is the so-called Pokemon Tracking. This system here, albeit being simple, plays a vital role in the very core of the hit augmented reality game. Niantic's title basically relies on the player's real-world location while creating a virtual representation of it on their phones. But for Pokemon to be caught, trainers need to know their whereabouts -- the main purpose of the aforesaid system. And without it, it's all about luck. Remember, not all people are blessed to have such.

If Pokemon GO and No Man's Sky have something in common, it's how bad their customer service is. Hello Games -- the developer of NMS -- have remained silent over the past few months following the great depression of the title. Niantic, on the other hand, seems to follow such footsteps. The removal of the aforementioned tracking feature is evidence to that.

This phenomenon could have been avoided had the studio listened to the Pokemon GO community. Time after time, they were asking the company to put back the feature or at least introduce a new one. Sadly, as day passes by, there were no answers. As a result, most players of the game requested for refunds. Believe it or not, silence -- or, in a sense, neglecting the community -- can kill a game in an instant. And sure enough, this is what PoGO is currently experiencing.

From whatever perspective one will tend to look at Pokemon GO, he/she can easily say that its gameplay can't even be at par with Nintendo's other Pokemon games. The game's mechanism in terms of battle is quite simple -- let alone having arbitrary-like controls. Heck, people can't even interact to other people while within the game. Again, these all boils down to Niantic being not so generous in terms of introducing features.

Pokemon GO was indeed an easy favorite. Players loved it for the mere fact that it relives their childish dream of catching Pokemon. The thrill of doing it -- in an augmented reality, of course -- gives them a surreal experience. However, it grew to be boring. Fans are losing the fire they once had, realizing that the game is all but a product with shallow gameplay.

Sure, the studio can continue to suggest that Pokemon GO is still new. Or perhaps, despite the decline, the game is still giving them enough resources. But, at the end of the day, it's all about the game's stability in the future. Because as of now, it holds true that more and more players are leaving the game. They even went to a point of calling it a "broken" product.

What are your thought on Pokemon GO as well as its features? What do you want Niantic to do in order for the game to bounce back from this limbo? Do you think the game will be able to climb back? Let us know what your thoughts are at the comment section below!

These 5 Pokemon GO Creatures Are Evolving Once Gen 2 Arrives

Are you also excited for Pokemon GO Gen 2 update? Well, for now, here's something to keep the hype.

Pokemon GO Guide: How To Acquire The Perfect Egg Hatch

Want to acquire the perfect egg hatch in Pokemon? Well, here's a useful guide to follow.

The theory about Pokemon Sun and Moon being designed after Donald Trump and current events have been answered. Check it out here!