These 3 Rumors About GTA 6 Will Definitely Excite You! 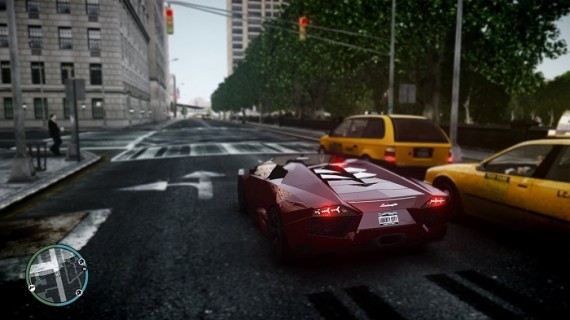 Many believe that Rockstar might unleash GTA sometime in 2018, though no official confirmation from the studio yet. (Photo : LispyJimmy/YouTube)

GTA 6 is among the titles from Rockstar Games that fans have been looking forward to. And although the studio has yet to make any official announcements, the community believes that the game will eventually happen. Besides, the franchise proved to be a success, so it's only right for the company to add another installment. Well, for now, here are 3 of the most interesting rumors about the game that you need to know. Grab that popcorn now!

It holds true that the entire Grand Theft Auto franchise is quite enormous, and the same thing can be expected for GTA 6. The latter will definitely introduce a map large enough to give fans a new kind of adventure. However, due to this (though there are plenty of reasons too), it might affect the release date of the game.

As previously reported here at iTech Post, the most feasible release window for GTA 6 is sometime in 2018. In fact, there are fans who suggest that, in between, there might be some sort of mini-series updates. It's safe to say, though, that the development process for the title has already started and that Rockstar is just keeping things under wrap. Won't believe? Look what happened to Red Dead Redemption 2. The studio played it well, remaining silent until the big reveal was dropped.

If we're to talk about the possible features GTA 6 will have, boy, there's a mountain of it. For instance, lots of players have iterated that the studio could possibly introduce a brand new city. Although it remains a mystery, there are talks about the game being set in Chicago, Japan or London. Obviously, either of these three are a good option to take. And it's up to Rockstar how to fit it to the game's criminal shenanigans.

As for the GTA 6 characters, there are also rumors about a female lead getting its way to the installment. Sure, there are female characters in the past titles, but they were really not given any central role. So, this time, it might be a good idea for them to take the spotlight. And if this is the case, fans can expect a much unique storyline -- probably leaning towards an adventure where the essence of a woman is highlighted. Anything can really happen.

Again, as mentioned above, this GTA 6 article is all about the rumors surrounding the game. If Rockstar is really going to go big with the next installment -- which they will -- then probably it's time to take a well-known Hollywood actor to the game. It's believed that Gosling might take on one of the lead roles (obviously) in the title. Heck, he could even team up with the aforementioned female protagonist. Sky's the limit here, folks.

I'm certain that GTA 6 will make its way to the gaming realm soon -- no doubt about that. In fact, I've covered the same thing about Red Dead Redemption 2 in the past. And voila, it's bound to be unleashed. As far as I know, Rockstar is fond of keeping things under wraps, so I won't really expect these rumors to be confirmed or whatnot very soon. But still, here's to hoping!

What are your thoughts on GTA 6 as well as the aforesaid rumors? Which one do you like and not? Any other expectations you have in mind? Share to us what you're thinking at the comment section below!

GTA 6 Could Be Delayed, But Unlikely To Be Cancelled

There are talks about GTA 6 getting delayed, though most believe it's unlikely to be cancelled. Here's the latest about it!

Whether or not GTA 6 will arrive, its existence relies on the budget Rockstar needs. Here's what it's all about!

GTA 6 Update: 3 Things You Need To Know About The Game

Are you also excited for GTA 6? Well, for now, here are 3 things you need to know about it!

Fortunately, Rockstar and Take-Two have both agree to return OpenIV to its previous state in GTA 5. Check it out here!

Believe it or not, Take-Two is yet to be done closing various GTA 5 modding tools. Check it out here!

Unfortunately for the fans of the Open IV modding tool in GTA 5, it will no longer operate. Check out the full details here!