OnePlus 4 Rumors: Will The Highly-Anticipated Flagship Fail Because Of The OnePlus 3? 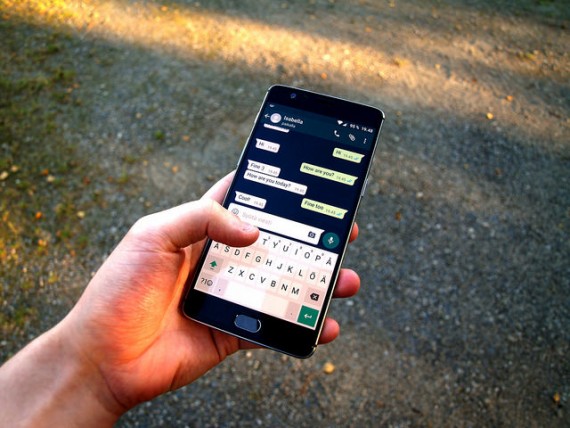 If the company end up releasing the OnePlus 4 at the wrong moment, it could be cannibalized by its predecessor. (Photo : Santeri Viinamäki/Flickr)

When it was known that OnePlus was developing its new model OnePlus 4, everyone´s expectations went high, given the fact that these smartphones have become extremely popular to the point where many considered it as the Samsung and Apple killer. Considering its great specs and features, in addition to its affordable price, this notion has some very solid bearing.

However, the OnePlus 4 might be facing a huge issue that could make it fail: the OnePlus 3's outstanding success, since this smartphone popularity was so incredible that many considered it the best mobile device in 2016. This, naturally, creates the potential risk of being incapable of achieving the predecessor's greatness, so the highly-anticipated flagship is scared of not meeting the expectations.

If there´s any good news in this situation, is that this is a problem that makes OnePlus solidify its reputation, since this kind of issues happens more frequently in the most important companies, and users know that. Naturally, this might create more loyalty, and the OnePlus 4 could be well positioned in the market.

Of course, relying on this detail would be absurd, so the company will have to manage some strategies that make this highly-anticipated flagship something extremely attractive to users. This is precisely where the real problems start to show up, since OnePlus will have to improve a perfect product.

As reported by GSMarena, what the OnePlus 3 did was more than fantastic, especially since it is equipped with the best specs and features, such as a fingerprint scanner, accelerometer, 1/2.8" sensor size, 1.12 µm pixel size, geo-tagging, touch focus, face detection, panorama, HDR, Optic AMOLED capacitive touchscreen, and many other details that exceeded some giant smartphones, as its 6 GB RAM, which is 2 GB more than Samsung´s ill-fated Galaxy Note 7's 4 GB.

So, what can the company do to prevent its highly-anticipated flagship from failing? First of all, bet everything on this product and make it even better than the predecessor, which of course, it would be an extremely difficult task. This means that the company will simply have to create another OnePlus 3 with some innovations.

The rumors and speculations about many different specifications have already started to spread everywhere, and it has been said that the OnePlus 4 will probably be equipped with a Snapdragon 830 and 8 GB RAM, 21 MP camera, Quad-HD resolution of 2550x1440 pixels, an improved display, an enhanced battery life and a headphone jack.

If the company manages to sport its highly-anticipated flagship with some of these specifications and doesn't raise the price of the device too much, the OnePlus 4 could survive its predecessor's success and become the real deal next year. Although creating all these specs is a hard endeavor, the improvement history of the OnePlus series is the best prove that the new smartphone could be more successful than any other that the company created previously, as reported by Jobs & Hire.

Another important strategy is the release date since this is something that the company has to study very well in order to make its new product being well-positioned in the market, prevent a OnePlus 3 cannibalization, and compete with its rivals. Although the company has unveiled its flagship devices around the middle of the year, rumors are high that the OnePlus 4 would be released sometime around June or July 2017.

If this ends up being right, the highly-anticipated flagship wouldn't have to worry too much about its predecessor success, and could even represent an important threat to other expected smartphones from Samsung and Apple, as long as OnePlus manage to create a greater product than the OnePlus 3. Otherwise, it would be a huge failure.

With the arrival of the OnePlus 4, are Samsung's days numbered?

Google Pixel vs iPhone 7 Plus: Which Smartphone Has The Best Camera?

Many believe that these are the best cameras in smartphone history. However, which is better than the other?

The Xperia XZ falls victim to the dreaded Torture Test.