Overwatch Update: Here’s What You Can Do With The New Arcade Mode 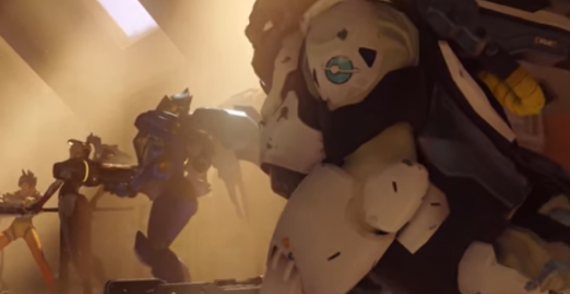 The new Overwatch update has been announced last week during the BlizzCon opening. The title's previous Brawl mode is now made better with the new Arcade mode. With the Brawl mode, players can play in different matches with bonker rulesets. This is evident with no ability to cooldown in matches like Junkenstein's Revenge and the title's Halloween event version. The Brawl mode dwindled in popularity when it first came out. So how will the new Arcade mode make things better for Overwatch players?

Although the new Arcade mode looks similar to the previous Brawl mode, the latest Overwatch update has more different things to offer players. With the Arcade mode, players can set a few game modes on specific matches. Each game mode is new and allows players to game Arcade-specific rewards. One of these is the Loot Box, which can be rewarded as often as once or three per week depending on your wins when playing in the Arcade mode. The new mode includes five different games namely All Brawls, Elimination, Mystery Duel, Mystery Heroes and No Limits.

The All Brawls mode is actually a wild card and is all new in the Arcade mode. It is sort of a complete collection of all the Brawls mode previously seen in Overwatch during its limited rotations where players are only allowed to play just McCree in High Noon and Genji and Hanzo in Super Shimada Bros. The All Brawls mode has 13 different Brawls currently available but Blizzard is continuously adding to the list from time to time. With the All Brawls, players will be given a random Brawl to play for every match.

The Elimination mode is a new debut in the Overwatch Arcade. It looks similar to the World of Warcraft's PvP Arena and works just like what its name suggest. Two teams with three members each will fight each other until one gets to win three rounds for them to be declared the winner. The Elimination mode comes with an exclusive map to the Arcade and is smaller than usual. This mode is best for those who are fans of Competitive Play but with more intensity.

Just remember to pick up your own Support character to help your team or you might have a hard time winning team fights. What you should remember with the Elimination mode is that you teammates will soon follow if you die early in the game. This is because this mode is very dependent on the team and losing even just one will quickly weaken your support system. So when you die, you are not just dead - your team will be dead, too.

The Mystery Duel is one of the two Arcade modes to debut in Overwatch. With this mode, players are allowed to have a one-on-one match and must win five rounds to be declared as the winner. The game works like an elimination of sorts where several heroes will be picked randomly from the Overwatch roster. Both players will play the same round with the same hero and the player who will first win five of the rounds will be the winner.

The best way to win the Mystery Duel in the Overwatch Arcade mode is to practice fighting off every character in the game's roster given the random selection. The Mystery Duel is set in the Eco-Point Antartica which is a smaller map but it being small is still too big so finding your enemy might take some time.

The Mystery Heroes mode has the most unbalanced team composition that you will encounter in the game. In the previous Brawls mode, two teams composed of six member fight against each other during a normal match just like in Quick Play. With the new Mystery Heroes mode, random heroes are assigned and will cycle every time you die during a match.

The good thing about this is that you can practice playing characters that you do not pay much attention with from Defensive, Offensive, Support or Tank.  The cycle does not have any pattern to follow so the team composition is really unbalanced and unpredictable. But in case you get a character from Support or Tank, make sure that you stay alive on the game to support your team. Fall back if you have to just to stay alive.

No Limits is the previous ruleset for Quick Play matches. This Arcade mode is reminiscent of Overwatch's early days where players can pick any hero they want without limits - hence the name. However, the Competitive Play ruleset that limits each player to just one hero per team worked well for Blizzard. But the game developer has brought the mode once more to Quick Play as a replacement to make for the latest PTR patch. No Limits is the mode to play if you want to blow and let off some steam.

With the new Arcade mode, players are now more versatile thus making them better at playing with teams. The newly added mode in Overwatch will also help players become more focused on playing together with other players as a team. Arcade mode is currently available on PTR and provides players with new and random heroes to play.

Civilization 6 Guide: Win The Game Early With These Comprehensive Tips And Tricks

Win Civilization 6 early on with these tips and tricks to guide you into the game.

Gamers will definitely enjoy November with the release of some of the big and most-awaited games in gaming history.

The wait is finally over for Titanfall 2 and Respawn will help first time players with the tips and tricks they shared to win the game.

Diablo 4 gameplay videos have been making their rounds on the internet for quite some time now. Blizzard Entertainment announced the game on November 1, 2019 but a release date has not been mentioned yet.