Volkswagen Is Still In Trouble As Thousands Of Jobs Are Cut 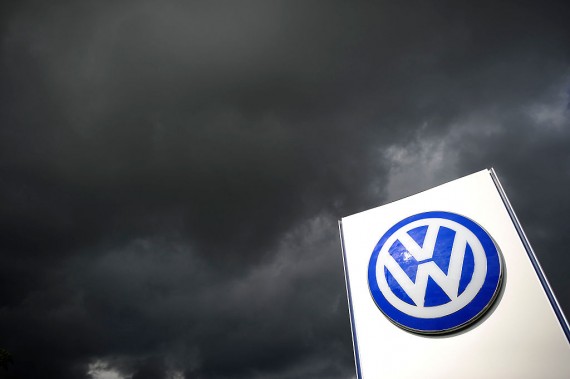 The VW Brand has been in dire straits ever since they got involved in the emissions scandal in 2015. Now, employees are concerned that they might lose their jobs soon. (Photo : Photo by Alexander Koerner/Getty Images)

On September 2015, a defeat device that causes cars to act in a certain way to pass emission tests has been found on several models from the Volkswagen brand. The German car company has been in trouble as they are obliged to spend nearly $15 billion dollars in recalls, fines, and settlements. Employees are now concerned about their well-being as news reports mention that the VW brand will be cutting around 30,000 jobs before the year 2025.

Volkswagen and its labor union both agreed to cut the 30,000 jobs in its aim to avoid forced redundancies in Germany until 2025. Both parties made the agreement after VW pledged 9000 new jobs that are focused on battery production and mobility services. The turnarounds objective is to save at least 3.7 billion euros in annual savings by the year 2020. The move is also part of Germany's effort to shift towards electric and autonomous cars.

According to Fortune, the VW brand currently has 610,076 employees worldwide and is the largest automaker in Europe. The job cut will involve around 23000 employees losing their job in Germany alone and the remaining 10000 job cuts will be done North and South America. The 9000 new jobs will be distributed in different factories to create and build electric vehicles, including a new electric sports utility vehicle.

Volkswagen was found to be installing the cheat device on Touareg TDI and Audi Q7 3.0 TDI units. The company has been struggling in sales since the scandal that was first found in September 2015, and has been on a steeper decline as a San Francisco federal judge approved nearly $15 billion dollars in settlement costs. Volkswagen did not have a choice but to make critical decisions in order to save the namesake and to avoid other rivals attacks. "We have to invest billions of euros in new cars and services while new rivals will attack us, the transformation will be more radical than everything we have experienced to date," stated Herbert Diess, VW Brand CEO, in a press conference.

Erik Gordon, a business professor at the university of Michigan, said, "the deal may be the best the company could negotiate with labor but it is not a victory for either side". Gordon also said that the cuts are too small to make the cost competitive with Toyota and other global rivals. Business analysts are alarmed that even with the current number of employees, the German company has still built fewer vehicles than its other competitors and such as Toyota that only staffs 350,000 employees.

Volkswagen has been known for its German competitive nature but has now taken a drastic step to avoid a fallout. Many jobs and families will be greatly affected, however, one can only hope that the German carmaker thinks of another way to attain a win-win situation for the company, the consumer and its employees.

VW Automotive Group may lose a ton of money as they recall more of their diesel vehicles.

Volkswagen Just Revealed The 2017 Golf: What You Need To Know From This Small Hatch

Volkswagen’s hot hatch just received a facelift, new lights, additional engine options and a more functional infotainment system. The 2017 Golf just got announced and it looks better than its predecessors, in a small way.