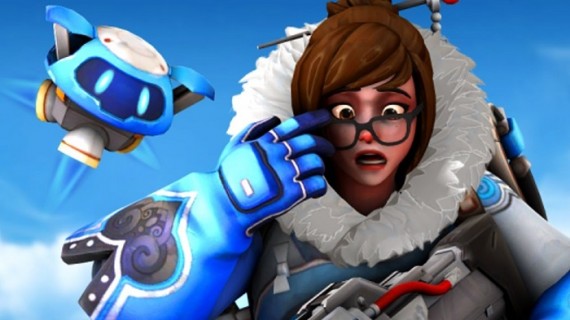 Overwatch offers a good hero balance, but that doesn't mean some of them aren't irritating enough to ruin your game. (Photo : SilentSoul/YouTube)

One of the greatest things about Overwatch is the diversity and balance in characters it offers. They may seem to look overpowered or whatnot, each of them has their own counterparts in the game. Nevertheless, like any other games out there, it doesn't escape the fact that players just have their own favorites. And when you talk about the latter, you have to include the annoying ones in the list. Today, I'll discuss about the OW heroes that I think are quite irritating for a reason or two.

I personally love Lucio in Overwatch -- no doubt about it -- but only if I'm the one using it. When facing this guy, I can't help but think of ways how to defeat or isolate him really quick. Because seriously, he can be a pain in the head. He can regenerate his health as well as his teammates fast, not to mention his ability to move quick and roller blades the hell out of you. And if you're near a cliff or something, he can push you back for good (yes, the right click button!). Simply put, this dude is a hard one to catch especially when you're facing him one on one. And oh, I wanted to talk about playing aside with Lucio. He's a great teammate as long as the player controlling him knows what to do.

I have a love/hate relationship with Junkrat in Overwatch. I love using him especially when I know there's a great support or healer. However, when I'm up against him and I know this Mercy or Lucio doesn't even know a single thing about support, that's when I'm really pissed off. You have to take into consideration that this hero can simply spam his projectiles and you'll be dead in seconds. And if you're too dumb to walk over him after he dies, you'll be facing death in an instant. Heck, I'm not even talking about his Rip Tire that seems to have a wide AOE (I tried escaping it once when I was using Genji, but hell, I died still). He can be at a corner -- away from the visible eyes of his opponents -- dropping grenades and, out of nowhere, you're taking enormous damage.

This Overwatch hero is what I call "love him on defense, but hate him on offense" kind of hero. Torbjorn is the kind of character that requires an effective strategy and great map knowledge. If you don't know where the perfect spot is, you'll likely be wasting his turret's efficiency. You need to know exactly where the right location is. I know it's hard, but with a good amount of practice, it's possible to deliver. I'm not personally a fan of this hero. I even barely play him. However, I, for a fact, understand how he should be played. Probably I'm just a player who's really into point-blank fights (I'm a Reinhardt and Genji main, by the way).

I think most Overwatch players will agree that Mei is a troublesome character in the game. When facing her one-on-one, she can easily freeze you to death. Or, if you're trying to chase her, she can put up an ice wall or heal herself (remember that part where she turns into an ice or something). What's even worse is if you're playing alongside with her. If the player controlling her is, unfortunately, not that skillful, you'll be annoyed with those incorrect ice walls. There was this once when we're trying to defend the first objective in Eichenwalde when suddenly, she puts up an ice wall on the door. I don't know what the player was thinking, but I'm pretty sure we only have around 10 seconds or so to reach the point.

Blizzard Is About To Make A Big Overwatch Reveal

A new set of characters are said to be coming to Overwatch. Find out what they are here!

How Blizzard Plans To Conquer eSports Through Overwatch

Since the conception of Overwatch, Blizzard has already locked its eyes onto conquering the eSports scene. Here's how and why!

This Guy Played Overwatch In A Whole New Level

Are you in for a cooking show topped with some cool Overwatch play? If so, better check this out!