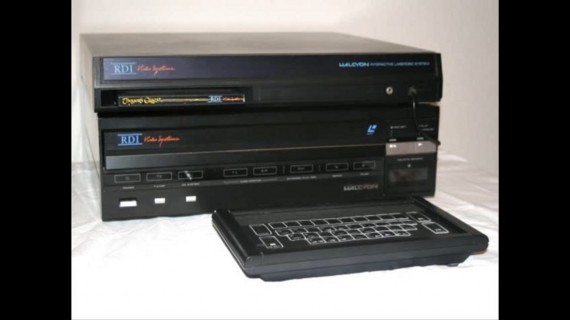 Although some of these device shad great games, its weirdness were so strong that no one took it seriously.<br /> It is not only the aesthetic, but also the graphics or the gaming system. (Photo : Youtube/Sonic1994PL)

When everyone thinks about gaming consoles, it is inevitable to have a clear image of an entertaining device whose position in the market will always be important, considering that even when technology has evolved to the point in which you can do everything in a single device, you won´t find what this product offers anywhere else. However, there has been some of this video game consoles that far from being something outstanding, it has characterized as being so bizarre that you don´t know if it is entertaining or is just some kind of sick joke. Here are the most outstanding cases.

The Vectrex Was The Biggest Example Of Weirdness

Let´s start with the fact that The Vectrex had its own built-in screen, which even in1982 was something extremely odd for a gaming console, giving the fact that almost every other product of this kind had to use a simple TV. Getting to this point, the only thing that could harm even more this device is if the graphics didn't meet the expectations, considering that the Vectrex weren't precisely big-sized.

Well, it turns out that the graphics were so bad that even old-school gamers had a real bad time with it, giving the fact that The Vectrex used a line-based two-color vector instead of the usual colorful raster graphics. Actually, this gaming console´s games looked even worse than the Atarí´s, which is a miserable fail considering that this product was released 5 years before.

No one knows why the graphics were so bizarre, but when the company knew that no one liked how the games looked, it decided to fix the situation in the most bizarre way you can imagine: including some thin sheets of colored plastic with the device, so gamers could put them over the screen to give more color.

Mattel Hyperscan Died Because Of Its God Of War-Appearance

When there´s a product that rules the market and shows everyone that a lot of money can be made by doing the same, there´s a lot of new products that wants to be so original that ends up turning into something extremely bizarre. This is exactly the case of Matter Hyperscan, which looked like some kind of God of War-style gaming device characterized for using cards instead of cartridges or regular discs. The reason for using these cards was because in the future the company could sell additional cards to with upgrades to the gamers.

However, this plan was not materialized because of almost nobody bought the gaming console, considering that it was very weird and it didn't have great games so it could compete against Play Station. The Matter Hyperscan died almost immediately after its launch in 2006, which shows that weirdness could be a huge problem in the video game market.

RDI HALCYON Was The Psychedelic Platypus Of Gaming Consoles

This bad boy looked like a cyberpunk villain that wants to destroy the world with an 80s synth wave music as a soundtrack. This was a gaming console attached to a computer which price was no less than $2500, back in 1985. If you thought that this is more than enough to be on this list and to say that it probably was a fiasco because of its price, you´re totally wrong, because it also were a fiasco because of the fact that the RDI HALCYON only released two games, and nothing more than that.

But wait, there´s, even more, weirdness in this device: before its release, the designers told that it would be entirely voice activated and would be run by an artificial intelligence. However, this gaming device only said "yes" and "no" decently, and AI program only repeated what the device though it heard from the gamer, with an erratic a monotonous robotic voice whose accuracy recognizing its user´s voice were extremely low.

Many users feels betrayed for Apple´s actions regarding this issue. The company said that this could only be possible if a customer dropped the smartphone or used in a way that could damaged it.

A gaming performance test of the Xiaomi Redmi Note 4X was conducted. It had no problems running GTA San Andreas, Asphalt 8 and N.O.V.A 3.

Sony has decided to kill its PlayStation Now support to some of its devices such as the PS Vita, PS3, Blu-ray players and some of its smart TVs.

FIFA 17 Winter Updates promise a whole list of players to receive significant stat boosts. Among the lucky few is Diego Costa of Chelsea.