Google Daydream View Review Plus The Future Of Virtual Reality 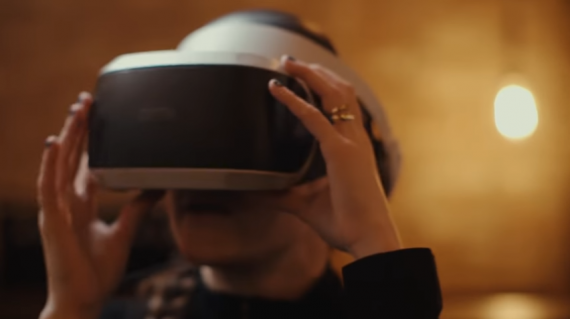 When Google announced its new DayDream headset, the growing fans of virtual reality were pleased that a new offering was available. And the product has only proven itself worthy of the hype. (Photo : TheVerge/YouTube)

When Google announced the Daydream View VR, the growing world of virtual reality was pleased. The search engine giant was offering a new means to experience mobile VR, which worked when paired with either the Google Pixel or Google Pixel XL handset. And while there was plenty of hype surrounding the same, the new product has only met each and every expectation.

As The Verge notes, the Daydream View has two particular hurdles to overcome. The firsts of these are consumers still deciding whether or not to dive into the trend of virtual reality, which has been gaining a steady following. The other are third-party providers who are on the brink of investing in the platform, but have not taken the dive just yet.

The publication goes on to say that Google answers these by obstacles by making some of the most interesting choices in terms of hardware. Likewise, its choice in software is so much more than just potential for something in the far off future. More than that - more than its competitors - it presents a potential that is well within reach.

The design of the Daydream View is simple and aesthetically like its competitors, which includes the Samsung Gear VR. It is, essentially, a headset that hosts a mobile phone with a one-handed control scheme. However, the only mobile phone that it is currently compatible with is the Pixel and Pixel XL. And while it does not have the fanciful features of the HTC Vive and Oculus Rift - no eye tracking or inside-out cameras or real-world motion - it does do what it promises well.

C|Net calls it the easiest VR to use in the market thus far. The steps to boot up the Daydream View are simple. First, open the headset's front door, remove the remote control and place the phone inside. Afterwhich, place the headset on and adjust until the image becomes clear. Adjust the straps, hold down a button on the controller to calibrate and begin.

The image quality provided is stellar - but it in no way can it be mistaken for actual reality. So in terms of comparison, the Daydream View definitely reigns more than most, but it still leaves a little to the imagination. VR as whole still has some steps to overcome, but Google's offering is arguably the closest there. Besides, there is hardly any motion sickness experienced with the it.

The appeal of mobile VR is more widespread that direct VR headsets, mainly because of its appeal to third party-servicers. Despite their limited capabilities, there is a relatively wide range of videos and games to explore. Google's first foray into the platform, the Cardboard, even supports YouTube videos.

The Google Daydream View is only the first of what Google says will be an entire line for Daydream, a VR Platform that was introduced in Android 7.1 Nougat. While the available device is already stellar in current standards, there is definite room for improvement. Perhaps Google can expand the range of the same to include handsets outside of its own production line, for example.

With the little there is to know about the Nintendo NX, there is plenty of room to speculate. Just how possible is it for the upcoming console to support virtual reality?

The PlayStation VR Advantage: Games To Play + Features To Use

With the PlayStation VR slated for release to the market this week, it is only proper to know exactly what the device is capable of and what games will take advantage of this.

FaceDisplay And Other Absurd VR Projects To Unveil At CHI 2017

Virtual reality headset with FaceDisplay feature adds three external touchscreens to VR device, which allows the user to interact externally with the same virtual environment as the person wearing the headset.

Google Daydream Infuses Virtual Reality With Anxieties Of The Near Future

The latest offering from Google Daydream is a surrealistic mix of virtual reality and familiar anxieities. Partnered with Tender Claws, the game playfully puts gamers in various environments with strange dichotomies.

TeleSoftas hopes to eventually be able to offer virtual environments to treat obsessive-compulsive disorders, post-traumatic syndromes, alcoholism or smoking. Several American start-ups are working on these kinds of applications as well.