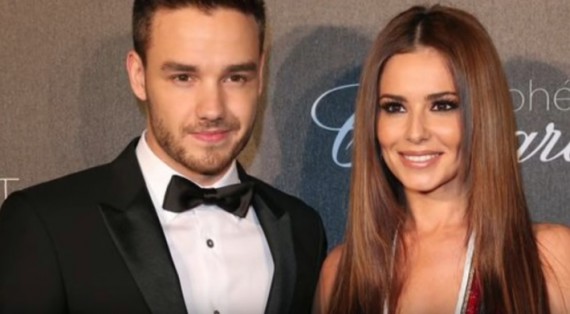 I'm a Cheryl Cole fan for life but I was also shocked with her recent comments on the X Factor. The soon-to-be-bride and mother picked the wannabe rapper Honey G to win it all this season.

Before we reveal the reason behind why Cheryl Cole picked Honey G to win it all, let us check first why Honey G should not win this season. Honey G, real name Anna Gilford is an ordinary woman who thinks she has the skills to rap. At first, it was polarizing to see her try spitting some beats, but it gets annoying each performance. She usually use her trademark colorful shell suits, baseball cap and pair of shades. She tries her best to imitate some of the artists but ultimately fails.

The only reason why Cheryl Cole picked Honey G to win it all is because her niece and nephews are amazed with the wannabe rapper. She didn't pick her because she believes that she has the "it factor" to do it all. She just based it on her loved ones choice. She also commented on the current situation of the show and she disagrees with the speculations surrounding it. Cheryl did mention that she is busy doing something more important than answering allegations of the show.

During her last performance, it is clear that Honey G was given an edge by the judges. You don't believe me? Watch the video again. Honey G started her performance arriving in a prototype of a bullet train. She then tries to hype up the crowd with her "hip hop" gestures and began rapping. Honey G performed a mashed up song of It's Like That and Getting Jiggy With It. Some of the fans say it was a disgrace to RUN DMC and Will Smith but the judges says otherwise.

The show is full of controversy and if Honey G will win. As per the X factor fans, it will be the biggest joke in competition history. Some fans are ready to riot if it happens and most of them voiced out their opinions through social media. One fan states "How the f*** is Honey G still on the X Factor, she can't sing, or dance and she has no talent". Second rant states, " Though Honey G was quite amusing at 1st, but I am rapidly becoming bored of her now. She's so arrogant, it's getting ridiculous."

Again, she might have not confirmed it yet but there are certain things you just can't keep private, especially if you are that famous. Cheryl Cole's baby bump is already showing but doesn't want to admit it. Her words contradict her actions. She is more cautious with his moves as one of her close friends mentioned and don't want to be stressed out with rumors. Whatever the real score or situation of Cheryl Cole is, we hope that she is happy and will soon have a family.

Exclusive: X Factor's Honey G Might Be The Winner Already? Simon Cowell And Judges Made A Standing Ovation; Fans Irate

'The Simpsons' Season 28 Update: Bart Finally Has Control With The Remote, 600-Episode Marathon Will Be Epic

Niall Horan and the rest of the "One Direction" members have been proving the world that they have what it takes to go solo but Horan revealed that the highly awaited "One Direction" might happen sooner than fans think.

The 23-year-old One Direction heartthrob and girlfriend Cheryl, 33, welcomed their son on Wednesday March 22. Being a hands-on new dad, Liam Payne shares hilarious tweets about the ups and downs of nappy changing.

Cheryl Cole's pregnancy update is one of the most talked about topic right now. Although she is still quiet about her pregnancy, the paparazzi's have some update about the former X Factor judge.