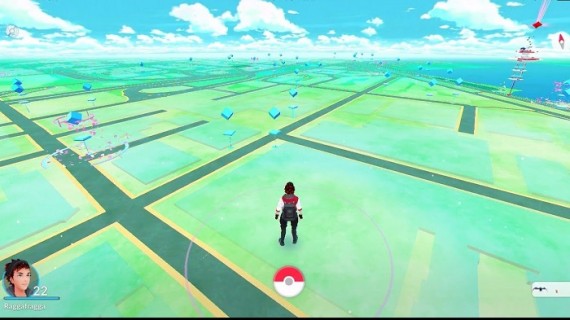 Niantic seems to be in every corner of Pokemon GO nowadays, as a new update was released again. Following the announcement of double XP as well as the stardust event, the studio informed the community that a massive change is coming. This refers to the way CP will be calculated from now on. As a result, the whole meta of the game was changed, as each Pokemon's CP was changed.

Most certainly, this mean a lot to players. First is the fact that the way they do battles in gyms will be changed. Second and most importantly, they have to ready themselves. That's because some if not all Pokemon will be more competitive compared to before. In general sense, the update the company did is highly acceptable. Heck, there are even rumor stating that the studio did it so as to prepare the game for the coming of PvP Battle System and Trading features. Anyway, here are now the top 10 strongest monsters following the recent CP change.

Surprisingly, Dragonite is still in the top list as being the strongest Pokemon GO monster. As for its CP, it's now valued at 3581. Ideally, this Pokemon is still a best choice for attacking and/or defending gyms.

Like Dragonite, this creature is still considered a strong opponent. So, make no mistake, as its CP is at 3355. Following Snorlax is the popular Rhydon, a specie usually considered rare. As of this writing, its CP is leveled at 3300.

For Pokemon GO players who are hoarding Magikarps, it's time to evolve them now as Gyarados is still among the feared monsters in the game. With a CP of 3281, it's really a great guard in gym battles. As for Eevee's evolution Vaporeon, Niantic gave it a sizeable buff. Unlike before, its CP is now at 3157.

The famous Pokemon ice/water type Lapras now has a CP of 2980. Exeguttor, on the other hand, wears a CP of 2916. Either of these Pokemon, trainers will absolutely have huge advantage in gym fights. So, if you have them, better keep them.

Following the recent change Niantic did to Pokemon GO, Golem's CP is now at 2916 (similar to Exeguttor). As for the Pokemon on the 9th place, Flareon is sitting well at 2904. It's worth noting that the latter is also among Eevee's evolution.

The last but surely not the least is no other than the fight type Machamp. This creature right here can still knock a few creatures thanks to its CP of 2889. It'll certainly give boost to players trying to attack or defend a gym.

It should be noted that the developer of Pokemon GO has also boosted Alakazam, a creature that it's unfortunately known to be weak in the game. But now, it's happily sitting in the 11th spot, following Machamp's footsteps. To get updated about these CP changes, our boys at The Silph Road can help you out. And oh, just so you know, Ditto has been released to the game already. Check it out here.

What are your thoughts on Niantic making huge CP changes in Pokemon GO? How about the listed Pokemon above? Share us what you're thinking at the comment section below!

This Pokemon Sun And Moon Evolution Will Ruin Your Day

Think you've had enough of Pokemon Sun and Moon evolution? Wait until you read this one here!

The Hunt For Ditto In Pokemon GO Is Finally On!

Believe it or not, Ditto is finally available in Pokemon GO. The hunt is on, players!

There's a higher chance that Shiny Pokemon will be arriving to Pokemon GO soon. Check it out here!