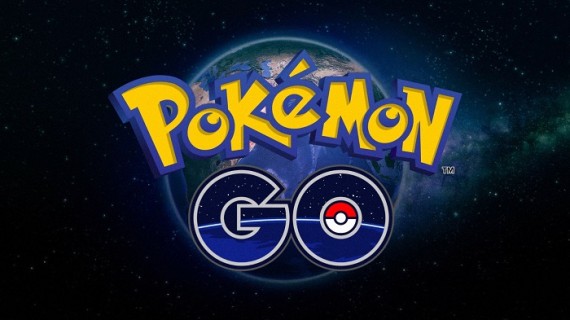 Shiny Pokemon are rumored to arrive to Pokemon GO via big update this December. (Photo : The Official Pokémon Channel/YouTube)

Some Pokemon GO players might have shifted their focus and attention on playing Pokemon Sun and Moon, but they might want to revisit the past. Well, that's because Niantic is rumored to release the highly anticipated Shiny Pokemon to the game. It's really interesting that one can't help but wonder its existence. Read on!

According to Forbes, the minor update released to Pokemon GO might have actually paved the way for the coming of Shiny Pokemon. It also hints the arrival of Ditto, one of the most talked about creatures in the community. The latter is also deemed as one of the missing species in the original set of Pokemon.

It's worth noting that if Shiny creatures are to arrive, Pokemon GO won't be the first one to introduce it. These types of monsters have long been part of other Pokemon games. Previously, players thought that it was merely a graphic glitch or bug. However, they were able to confirm that these are really new types of Pokemon.

Many suggest that Shiny Pokemon GO species will have perfect IVs. They would only differ, however, in their maxed stats in whatever category they belong to. The arrival of these Pokemon remain a mystery until the community in Reddit (The Silph Road) was able to datamine information.

In simpler words, Niantic is laying the groundwork for Pokemon GO in preparation for the arrival of Shiny Pokemon. It stays a rumor, though, as the studio remains quiet. Heck, they didn't even go to an extent of debugging it or confirming it.

The main reason why such Pokemon GO creature exists is due to their IVs being perfect, something that's already been mentioned above. It's worth noting that Niantic might use a different formula for creating such. And if this is used, out of 8000 spawns only a single chance of Shiny Pokemon will appear. Obviously, players can deem them as rare (might even be the rarest).

As for the release date, the most likely one is a Pokemon GO update in December. Note that this update is believed to be all about Gen 2 Pokemon. Just recently, a Starbucks employee leak the release of these creatures via an email. On it, it suggest that the coffee chain and Niantic will have a partnership of sort. And through it, events will be done in every outlet.

In a sense, the studio needs to do this for Pokemon GO. The popularity of the game is starting to fade, especially with the rise of newer games like Pokemon Sun and Moon. This kind of gig, though, proved to be a success. Remember Halloween event? Remember how it brought or lure more players back to the game? It's safe to say that fans are waiting for new things to be introduced to the game. And what better way to do it but by release Gen 2, Ditto, new features and Shiny Pokemon, among others.

What are your thoughts on Shiny Pokemon coming to Pokemon GO? If they get released, what are your expectations? Do you believe that Niantic will release a big major update next month? Share us what your thoughts are at the comment section below!

Some Pokemon GO players are complaining about PokeStops giving out less items. Check it out here!

Two things: Pokemon GO has a new update and Gen 2's release date has been leaked. Check it out here!

Here's How Mewtwo Will Destroy The Current Pokemon GO Meta

Mewtwo is among the Pokemon GO creatures players have been waiting for. Here's why its arrival can be a make or break the game.