The Most Dangerous Cyber Criminals Of All Time 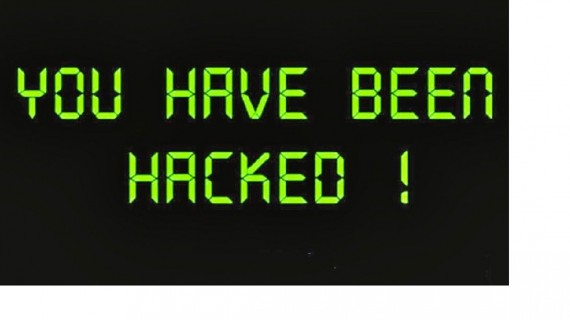 Security experts warn on the fact that most people are not taking enough measures to protect against hackers.<br /> (Photo : Youtube/Alltime10s)

In the world of hacking there have been some cyber criminals whose actions varies depending on the objective. While some of them want to gain some money, others just want to sabotage and create chaos, but the common denominator in each one of them is their extraordinary abilities with computers and software, that unfortunately have been used for the worst reasons possible. Giving this fact, here are some whose skills have been so incredible that has been considered as the most dangerous of all time.

Son of a Cuba balsero, Gonzalez started a group of hackers known as the Shadowcrew group, whose only mission was to make the highest amount of money in the shortest time possible. In fact, this operation was called "Get Rich or Die Trying", and considering which was the objective, he has been known for being one of the most dangerous and efficient cyber criminals of all time, giving the fact that he carried out the largest theft of credit card and ATM numbers from 2005 to 2007, managing to steal $130 million.

The most unusual fact about this kind of credit card Tony Montana is that he actually was an altar boy when he was younger, but considering the contradictory future that some of these kids have had, it wouldn´t be such a tragedy if the outcome is just a hacker, unless, of course, if it is a cyber criminal who caused around $200 million worth of damage worth of damage through damage to computer systems and theft of cash, which he actually did.

Although many rich criminals are characterized for not showing too much their money in order to not rise suspicious, Gonzalez actually wasted tons of money staying days in extremely expensive hotels, having a very lavish lifestyle, and literally throwing thousands of dollars in birthday parties. He was sentenced 20 years in jail six years ago.

Gary Mckinnon: An Incredible Operation For The Most Unusual Reason

Many consider what he did as the most incredible computer hack of all time, and maybe it is, considering that this guy committed the biggest cyber strike that the U.S. military computer server has received, getting its data, files, software and extremely vital information deleted. What´seven more incredible is that Mckinnon actually had left thousands of systems inoperable for a period of 24 hours, turning him into a huge threat the no one seems to stop.

However, the most bizarre fact about this bad boy was his motivations, considering that far from being anti imperialistic reasons or a violent disagreement against U.S. interventionism, he actually made these actions because he wanted to find information about aliens. No kidding, this guy made the most outstanding cyber strike ever in order to find UFOs data.

Astra: The Most Dangerous And Mysterious Cyber Criminal

If Hideo Kojima decided to include a hacker enemy on any further Metal Gear Solid, this one have to be the one to be inspired by, giving the fact that he have all the proper elements: a mysterious pseudonym, an identity that hasn't been revealed, the highest abilities in cyber crime and activities that only Otacon could have achieved if he ended up being a bad guy instead of Snake´s pal.

This computer super-villain was known for hacked into Dassault, which is a French military company, from which the cyber criminal stole sensitive documents regarding weapons, aircraft and military technology. Once he took this classified data, he just sold it to other parties who were interested in the information, causing upwards of $360 million worth of damage to the company. Once he got finally arrested in Greece back in 2008, Greek authorities for some reason didn´t revealed his real name, just telling that he was a 58-year-old mathematician who was living in Athens.

How many movie technology devices that we have seen in today´s films will be released in the future? Although you may not believe it, the Terminator´s arm has also be released.

These were expected to mark a turning point in the history, but its intentions clashed with customers´ displeasure and market coldness. Even the most important companies have failed in an historic way.

It´s well known that Russia has some of the most dangerous and skillful hackers in the world, which has been quite inconvenient for this nation, considering that cyber crimes have been committed.

FBI's 'Most Wanted' App Is Out To Catch Criminals

Although this is an incredible app that will definitely facilitate FBI´s work, the truth is that the agency previously released other two apps that were also quite successful in this kind of endeavor.