The 'Nintendo Switch' Release Got Its Timing Wrong, But Why? 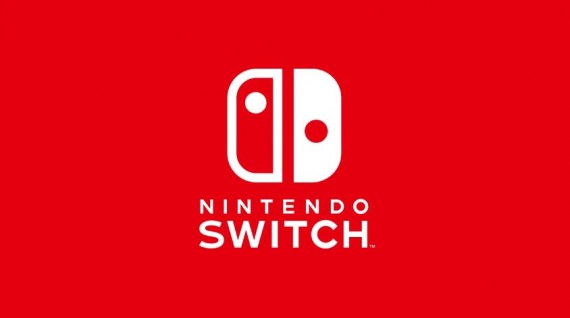 A lot of gamers love to see the potential on any console, and Nintendo's new hybrid console, the Nintendo Switch, has plenty of potentials to show. Being a single system that handles both at home and on-the-go gaming will always be a dream machine for a lot of gamers. Plus, with a lot more traditional controls and fewer nonsense gimmicks, the Switch hardware might greatly help Nintendo's stellar first-party games shine once more. (Photo : Nintendo)

A lot of gamers love to see the potential on any console, and Nintendo's new hybrid console, the Nintendo Switch, has plenty of potentials to show. Being a single system that handles both at home and on-the-go gaming will always be a dream machine for a lot of gamers. Plus, with a lot more traditional controls and fewer nonsense gimmicks, the Switch hardware might greatly help Nintendo's stellar first-party games shine once more.

But gamers should know better than to get so excited about Nintendo's upcoming console so quickly. As anyone can recall, the company's recent track record isn't as stellar. The Nintendo Wii was popular beyond hardcore gamers, but its motion controls didn't really support a truly great game experience. The Wii U was even more disappointing, to say the least among many of Nintendo fans, and the Virtual Console has totally failed to meet expectations for digital retro releases. These recent failures have risen too many questions for Nintendo to just simply show us an innovative concept of a console and just leave the rest to faith.

The Switch will be different

Based on the Switch's trailer, Nintendo has totally learned from its mistakes on the Wii and Wii U. The Switch has several new features that its predecessor's completely lacked, namely conventionally modern controls that any gamer will immediately feel comfortable with using.

Nintendo's recent home consoles relied heavily on gimmicks, but the Switch's features, though not as complex as other Nintendo consoles, are comparatively simple. You can dock it when you're on the couch and reattach the controllers to take it out with you. Yet, despite that, many details are still missing, and those details are exactly what sunk the Wii U to failure.

There are still some questions regarding the Switch potentials. Will the Switch have online features that are appropriate for 2017? Has Nintendo figured out how to design a decent console interface? How long will the system's battery last when you take it out and play on the go? Will the console be easier for developers to port to? Besides Zelda: Breath of the Wild, are any of the games that Nintendo showed in the trailer actual Nintendo Switch games?

Nintendo's way of introducing their console

But let us remember that the trailer is just a small teaser. This is Nintendo's trademark when it comes to revealing its big hardware releases. The reveal didn't even make it clear whether the tablet controller was actually the console. This time around, though, the company at least clarified that point, in statements given to IGN. But overall, it seems like Nintendo's upcoming release for the Switch got its timing wrong.

The Nintendo Switch will be having its very own Pokemon game, and it is going to be based on the new Pokémon Sun & Moon for the 3DS. The game is said to be currently under development at Game Freak and is set for an official release in 2017. The game will be called Pokémon StarsThe Switch version, however, will use higher-resolution assets compared to the 3DS version.

Can Nintendo Surpass Sony And Microsoft? Company's Next Move For 2018 Unveiled

Nintendo has made a lot of moves that placed them where they are right now. They have enhanced their ever popular Pokemon games, adding some new features that were introduced like the Daily Bonus that will hopefully continue over time to improve the game. The combination of that early feedback, along with the field test, made the company think that the response to Pokémon Go could be pretty big, and it was truly massive. Now, with the success of their Pokémon mobile game, Nintendo is looking to surpass even bigger companies like Sony and Microsoft.

The greatest peripheral accessory that almost every Pokémon GO player knows about and wants to have is the Pokémon GO Plus. It works as a wearable device that would allow players to play Pokémon GO without necessarily looking or fidgeting on their smartphones. Recently, Nintendo has announced a newly revamped and much-enhanced Pokémon GO Plus to be released this coming December.

Nintendo DS games incorporated on an iOS 10 device will normally be requiring a jailbreak. But fortunately, there is now a way to play your favorite DS games without having to jailbreak your iPhone.

Pokemon' Is The Key To Nintendo's Survival, But Why?

Pokémon GO became a worldwide sensation on a platform that Nintendo even barely touched which is mobile; the game just broke every record you could break as a mobile game. Currently, Pokémon Sun and Moon are also breaking similar records on Nintendo's very own 3DS hardware, and the game is shaping up to be one of the biggest hits for an upcoming crowded holiday season. With all this said, these Pokemon titles just might be the key to Nintendo's resurgence

Is The 'Pokemon Go Plus' A Big Flop? Latest Updates On Nintendo's Next Move Unveiled

Nintendo's very own Pokémon GO Plus was first officially released on September 16, 2016, and it followed up with a series of shortages, overprices and unavailability, which forced the company to reproduce more and more of the device. But with all the hype, some have been speculating that the Plus might actually be a huge flop in the end.

How The Nintendo Switch Can Revolutionize The Pokemon Universe

An all-new Pokémon game, codenamed Pokémon Stars, is reportedly under development for the upcoming Nintendo Switch console and will be officially released at some point next year. Several sources have conveyed the leaks that Nintendo is currently well into developing an upcoming 3rd version of Pokémon Sun and Moon that will be featuring the same map, locales and art style of the aforementioned 3DS games, but with some much-improved visuals.

Much as everyone expected, the media censorship for the Nintendo Switch is producing a lot of rumors and speculation. The latest of these rumors is about the console getting an updated version of Pokémon Sun and Moon that is currently codenamed Pokémon Stars.

Pokemon Sun And Moon' Unlikely To Be Available On Nintendo Switch, But Why?

Doubts have been brewing that Pokémon Sun and Moon would ever shed daylight on the Nintendo Switch. Pokémon games have always been largely well-accepted by fans but it is looking like Pokémon Sun and Moon is going to be the biggest game that is going to hit for the series of Pokémon games. The game could even help in the dispelling of doubts about the Nintendo Switch.