Here Are The Best Cyber Monday 2016 Deals For Video Games 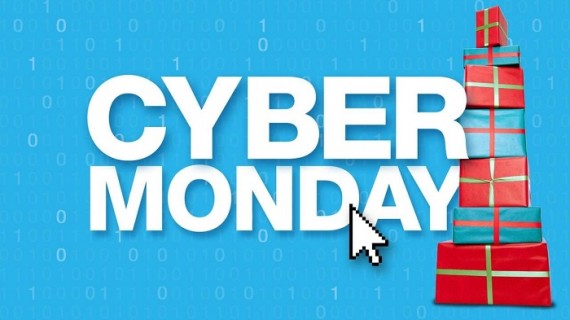 For anyone who's into gaming and tech stuff, they know just how important Black Friday and Cyber Monday are. Well, these are the times of the year when one can simply acquire deals that won't break the bank. Cyber Monday 2016, in particular, is pretty much different. There are legions of deals and/or bargains that once must simply check out.

To kickoff, there's an Xbox One S (500 GB) deal that comes with all the amazing things. Games included in this package are Call of Duty: Infinite Warfare, Titanfall 2, Battlefield 1, Dishonored 2, Forza Horizon 3 and Mafia 3. And not just that, a special controller is also part of it. These can all be checked at Tesco. With discounts included, this deal is only priced at £349 ($432.72).

Of course, Sony also has their own gig to offer in this year's Cyber Monday. The PS4 Slim (500 GB) is apparently a steal. Just for $249.99, fans can already acquire the said console along with Tomb Raider, Uncharted 4 and Uncharted: The Nathan Drake Collection. Doing so will let consumers save up to $170. Check it on eBay now!

Another deal for the same console is being priced at £229.99. The games bundled, though, are FIFA 17, Doom, Uncharted 4 and Fallout 4. Surprisingly, purchasing this package will let players save up to a whopping figure of £184.97. Grab this at Zavvi now!

For those who're looking for a nice 4K Smart TV deal in Cyber Monday, Amazon has them covered. For only $202.99, people can acquire a LG 43" 4K HDR compatible UHDTV. 4K gaming experience will definitely be sweeter this time around. Check it here!

There's also a PS4 Slim (500 GB) Cyber Monday deal. This one here features the Uncharted 4 bundle. But this time, it arrives with Call of Duty: Infinite Warfare Legacy Edition. Note that this one here is a nice catch. That's because only through the aforesaid Call of Duty title will fans get hold of the Call of Duty: Modern Warfare Remastered. Best Buy is offering this at a price of $249.

Meanwhile, Microsoft has its own gig in time for the season. People can get the Xbox One S 1TB at only $299. It already arrives with a FIFA 17 bundle (packed with extra free games and lots of savings on accessories). This can be checked out at the tech giant's official store. Also, players can get the same deal, only it arrives with Halo 5 and The Master Chief Collection (of the same price).

To round up this article, the PS4 Slim (500 GB) paired with Ratchet & Clank and Overwatch deal is a huge offer. For only £199, this is definitely a great steal. This is most especially if consumers are able to save at least £60 from making such purchase. Game has it all covered.

What are your thoughts for this year's Cyber Monday? Which of the above mentioned deals are you looking to move forward to? Any other in the market that you can share to us? Be sure to write your answers at the comment section below!

Here's How Niantic Is Improving Events Communication In Pokemon GO

This brand new feature will revolutionize the way communication is done in Pokemon GO. Check it out here!

Following the release of update 1.4, Ubisoft claims that everything has went to normal in Tom Clancy's The Division. Check it out here!

Pokemon Sun And Moon Guide: Where To Locate The 8 Eevee Trainers

Been wondering where the 8 Eevee evolution trainers are in Pokemon Sun and Moon? Check out this guide now!