What Fashion Experts Have To Say About Overwatch Clothing Designs 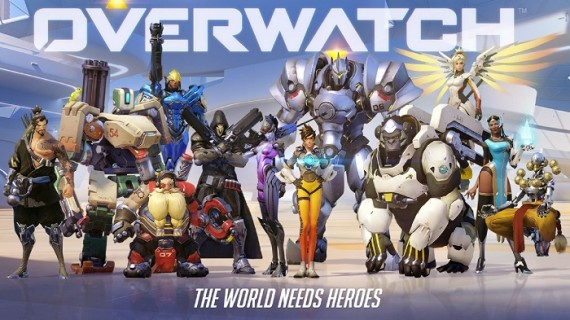 Developed by Blizzard, Overwatch is currently available to PlayStation 4, Xbox One and PC. (Photo : ZybakTV/YouTube)

Overwatch is a great game -- no doubt about that. It has the potentials to go after the biggest first-person shooter games of today. After all, it's a game created by one of the industry's biggest developers -- Blizzard, that is. While there's everything to praise about its gameplay, the character designs are also something that shouldn't be put aside.

While anyone can agree that the game features a very acceptable visual, it's still a different story if that perspective comes from an expert. Good thing, though, Kotaku came up with the right solution. The publication created a panel packed with people who know every nook and cranny in the fashion industry. Well, if we're to discuss the game's fashion, who are the better people to ask than these guys, right? Without further ado, here are some of them.

Personally, I don't see fashion in Junkrat. But hey, sorry if I'm wrong. I'm an Overwatch player, not a fashion expert. And yeah, Lisa Patulny (one of the experts) herself mentioned about not knowing "what to say about Junkrat." Nevertheless, she liked the guy's hair flames. Ashling Lee, on the other hand, noted that the bomb junkie is still "rocking the raw-edge hems and patchwork." And oh, Lee, before I forget, those aren't "aerosol cans." Trust me.

Now, let's go to the West side of things. Let's talk about the "It's High Noon" boy McCree. For Patulny, she sees this guy as a "lovechild" of the great Zorro. But I actually like her description of McCree being a "cowboy robot" hailing from the lands of the West World. One of them even finds the character as a combination of Wolverine and Clint Eastwood. I gave a good laugh thanks to the latter.

For Lisa, Mei is the kind of woman she wants to be. From being smart to ski-ready girl, she's a complete package. Well, not to mention this lady can kick anyone's, you know. The coat and boots, too, magnifies her beauty, making her standout among the rest. Amanda, on the other hand, said that the design of this Overwatch hero is genius. Think about her having a cute look while holding a huge gun, it must be hard. But no, she was able to "pull it off."

One of the fashion experts mention Roadhog as a guy she has seen from Doomsday Peppers. For me, I think I already saw him in DotA 2. Ashling sees the character as Bane, only that he's obese and choked with steroids. The hero is like the perfect example of a walking terror. Well, it seems the pig-face in his round belly does it perfectly.

Sombra, from their perspective, is a woman of badassery, and she wears it correctly. She has a badass hair, badass eyebrows and, most of all, badass makeup. She's the kind of woman who can be a social media diva in no time. You know, those ladies you often see on Instagram and such. And the leggings? The latter just conclude her awesomeness.

To check the other stuff they're saying to other Overwatch heroes, go to Kotaku.

What are your thoughts on these Overwatch fashion statements? How about what the experts' are saying about the heroes? Let us know what you think at the comment section below!

Want to know more about Overwatch Season 3? Check it all out here!

Hold your horses, as Overwatch will be undergoing a maintenance today. Check it out here!

Want to be the best tank player in Overwatch? Check out this guide and 'git gud' now!