The Relevance Of Virtual Reality: Technology Beyond Gaming 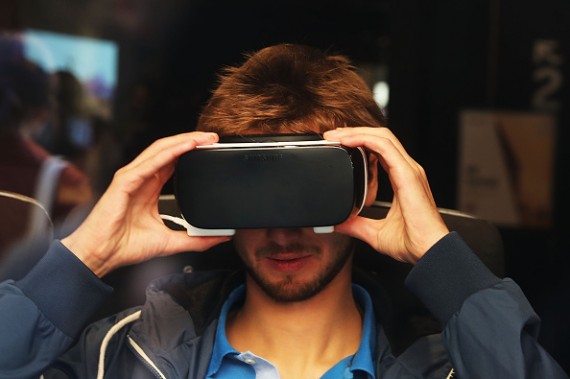 The development of virtual reality has mostly been one sided in the face of the general population. But there is so much more to the technology than just being another medium to play video games on. (Photo : Spencer Platt/Getty Images)

In 2016, the world saw the development and reality of some amazing pieces of technology. In particular, the year was opened with strong players in virtual reality, like the Oculus Rift and HTC Vive. As the months passed, various other players introduced the market to their own take on the infant platform. However, the general public has been focused on what the technology can offer gaming, that its other uses have somewhat taken a backseat.

This is unfortunate because VR is more flexible than that as it is capable of more than just being a new experience for gamers to check off their list. And while the focus really has been on games - especially since PlayStation and Samsung have released their own hardware - there are others using VR for experiences outside of video games. These, from an overview, include live music and even illustrating the immensity of earthquakes.

A report by NBC News speaks specifically of Boiler Room, a London-based platform that was founded by Blaise Bellville. A simple camera fixed to a wall started broadcasting life DJ sets to a small and intimate audience. Since its inception, Boiler Room has essentially streamed more than a thousand performances. "What Boiler Room did was understand how to present music performances or DJ sets in a live context and how to create a community in an audience," said Josh Boss, Boiler Room's U.S. production manager.

Boiler Room has a lot to be proud of - such as streaming Run the Jewels in a 360-degree view and broadcasting international events on various wild circumstances that include the side of the Atlas Mountains - but competition is gaining. Various parties are joining in on the fun, such as Tidal, which has streamed Kanye West's The Life Of Pablo. Boiler Room has, therefore, set its eyes on something bigger.

"For a long time we were beaming venues and parties around the world into our audience's living room," Boss explained. "By moving to virtual reality we are sort of inviting them into ours. We're creating a space where people all over the world can come into and experience."

What Boiler Room is essentially providing, in partnership with UK-based VR app Inception, is an immersive experience of music, art, and culture. Its first project will be available in its app by mid-December. The experience will include twelve rooms of programming from The Weekender, a music festival from Lake Harmony, Pennsylvania.

On the other hand, virtual reality is also being used in areas which some might deem as more important. Stuff.Co gives special mention to AUT lecturer Stefan Marks, who created a virtual reality simulation of all the earthquakes New Zealand has experienced since its November 7.8 Kaikoura shock. The video includes an in-depth look at the various shakes that have plagued the area for decades.

Using virtual reality in this type of setting allows governments and scientists a clearer view of the whole picture, which will then hopefully steer them in the right direction. At this stage, VR is still an infant technology and hardware manufacturers are still working out the kinks. But with the developments, one finding shines bright: The potential of virtual reality is seemingly endless.

Oculus has somewhat taken a back seat with the introduction of other players in the VR market. But with the new Oculus Touch controllers and upcoming games, the console is poised for a comeback.

Sony Prepared To Take On Project Scorpio, According To Sales Head

Despite the looming release of Microsoft's Project Scorpio, Sony remains confident that its platform and games library will make it stay on top of the console wars.