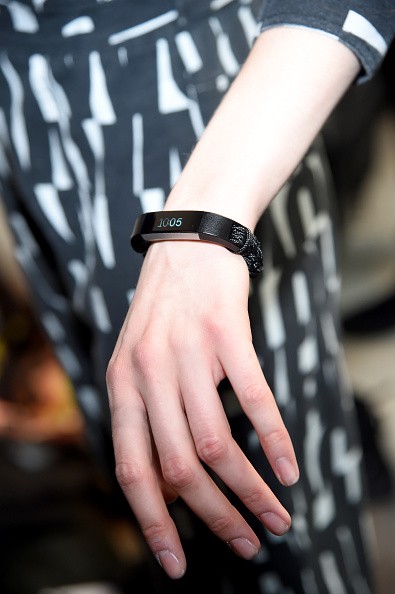 The world of smartwatches and fitness trackers is getting to be a little less crowded, but a lot more competitive as Fitbit starts the acquisition process of innovative startup Pebble. (Photo : Dave Kotinsky/Getty Images)

In the tech world, smartwatches and fitness trackers definitely take a backseat to smartphones, tablets, and notebooks. Nevertheless, there is a growing group in the public that is taking kindly the trend. Moreover, the industry might get more exciting in the next few months as reports indicate that Fitbit is set to acquire an innovative startup, Pebble, which will decrease the number of players but might increase product quality.

According to C|Net, the acquisition by Fitbit, one of the world's most recognizable tech companies, will be beneficial for both parties. Despite being one of Kickstarter's successful stories, Pebbles is still not a popularly recognizable brand. Meanwhile, the more established company is in need of a facelift.

As the publication notes, the company' stock increased upon rumors of the acquisition. But despite this, and Fitbit's ranking as the number one fitness tracker manufacturer, stocks in the last twelve months have still been down 71 percent. Investors have had difficulty trusting the company, especially after dismal sales over the recent holiday.

Which is exactly why Pebbles will be good for the larger company. Fitbit is in need of new ideas and new innovations, which the startup could provide. Its recent releases include hardly any upgrades from its predecessors and the company is need of a quick solution. Perhaps the acquisition will result in a solution that will advance the fitness trackers to incorporate more features.

In addition, there have been rumors circulating that Pebbles is developing its own technology that will allow its wearables to play music. This feature is definitely not new to the industry, but Fitbit's products so far do not sport this. The smaller company's plans might therefore, be transferred once the acquisition is finished.

But ideas are not all that Pebbles will be able to offer. Its current line of devices already has a few features that will definitely give Fitbits a facelift. For example, the smaller company has successfully produced items with better battery life. Moreover, these wearables have an always-on display and waterproofing.

As Paste Magazine adds, Pebbles will also bring a new look to the relatively stale style of Fitbit. This point is arguable, but Fitbit does tend to keep their bands simple and modern - which some might consider boring. On the other hand, products like the Pebble Time Round are fresh and significantly stand out beside competition.

Fitbit's acquisition of Pebble is at this point still uncertain, as neither party has stepped up to confirm or deny the claim. Nevertheless, the larger company has reportedly made an offer within the US$34 million - US$40 million range. If true, the smaller company will definitely find it hard to resist, but it would mean the end of its branding.

Should the deal be proved to be true, this means that the tech world will no longer see anything of the Pebbles brand. As one of the most beloved startups, which continued to meet expectations and lived up to its potential, it would be a great loss. However, being placed under Fitbit's umbrella might allow the type of rapid growth the company would not have otherwise received.

5 New Tricks For Your Apple Watch Via watchOS3

Following the unveiling of the Apple Watch Series 2, the Cupertino-based company has just released watchOS 3, which adds on even more tricks underneath the wearable’s elegant design.

Apple Watch Series 2 vs Fitbit Project Higgs: This Is The Best Fitness Smartwatch

The Apple Watch Series 2 is the current ruling wearable while Fitbit Project Higgs is the upcoming device from the smartwatch stalwart.

Introducing the FitBit Charge 2, a smartwatch that is capable of tracking daily activities for everyone's convenience. Unlike the Apple watch, it is compatible with both iPhone and Android Phones.

In a general sense, the smartwatch and fitness tracker industry might be declining, but Apple is on its way to prove this wrong. The company just reported it biggest quarter growth for the wearable.