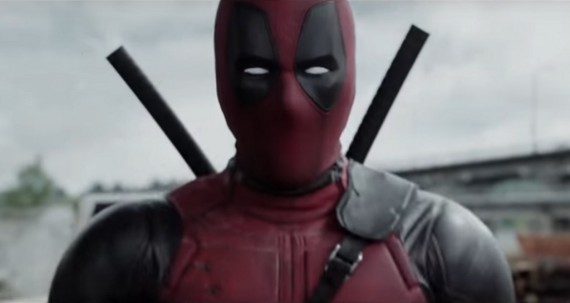 Tim Miller sheds light on how he felt about leaving the role as director for the sequel of "Deadpool". More details revealed about the upcoming sequels. (Photo : KinoCheck International/YouTube)

“Deadpool” has made quite a show, especially on the box office after its release earlier this year. With its first sequel and even a third installment in the works, the hype is getting real. Going through a lot of changes, “Deadpool” director, Tim Miller addressed the rumors surrounding his exit from the sequel.

Tim Miller has finally opened up and talked about the issues regarding him since he officially left the production for the “Deadpool” sequel. Miller has pointed out that people should never believe everything they read on the internet and even voiced out comments that may have countered the statements let out by Ryan Reynolds before. Back in October 2016, Reynolds said that the “Deadpool” movie was a very difficult production and nobody worked harder than Tim Miller to pull off a decent movie that will give justice to the said Marvel anti-hero character.

Though that may be true, Miller has said that directing the production of “Deadpool” was actually a positive experience for hi. Reynolds may have made it sound like it Miller had a hard time with the first movie, but it seems like it was just the opposite. Miller explained that indeed the movie was hard to make but it was bearable and was the best experience in his life as the crew was great.

Miller also commented on what Reynolds though about the sequel. Reynolds has also said that after Miller’s departure, “Deadpool 2” will not be a bigger production as expected and suggested that it would be. But Miller had a different opinion and thinks that the sequel will do as well as the first movie and might be even bigger. Miller was initially on board “Deadpool 2” to direct the film again but irreconcilable creative differences with the movie star, Ryan Reynolds, who is also one of the producers of the film, has led him to leave the production.

With the first “Deadpool” movie teasing the appearance of Cable in the next movie, Reynolds wanted to take on a raunchy comedy, as he has always been good at, while Miller wanted to the movie to head towards a stylized sequel. Miller said he did not want to make some stylized movie that had three times the budget. He wanted to make sure that the sequel would be delivered that the fans of the Marvel comics would appreciate.

Since Miller’s departure from the directorship, it has been announced then that David Leitch will be directing the sequel instead. Leitch is an actor, stuntman, and producer who made his directorial debut with the film, “John Wick”, which was released in October 2014. Leitch will also be directing the sequel, “John Wick: Chapter 2” with Basil Inwayk and the said sequel is set to premiere on Feb. 10, 2017.

The production for “Deadpool 2” may have gone through rocky changes but it set to go on. Dutch producer, Junkie XL has announced that he will not be returning to compose the music for “Deadpool 2” after Miller left. With all the hullabaloo the sequel is overcoming right now, Fox has taken the initiative to start preparations for the third “Deadpool” movie and is searching for a separate filmmaker to direct it. “Deadpool 2” will begin filming in early 2017 and Fox has yet to announce the official date of release.

Ryan Reynolds has revealed updates on the awaited sequel to "Deadpool". He also further hinted that Domino and Spider-Man might just be in the upcoming Marvel movie.

Vin Diesel dished out that Groot and Rocket Raccoon might just star in a spinoff movie and also hinted that the fight between Hulk and Groot is just around the corner.

Deadpool 3: Could Marvel and Disney be "Dragging" the Sequel?

It seems that Rob Liefeld is not too optimistic about Marvel's Deadpool 3 after previously almost losing Tom Holland's Spider-Man to Sony.

Maisie Williams officially joins the cast of the new Marvel film, "New Humans", making her the latest "Game of Thrones" star to be part of the "X-Men" franchise.